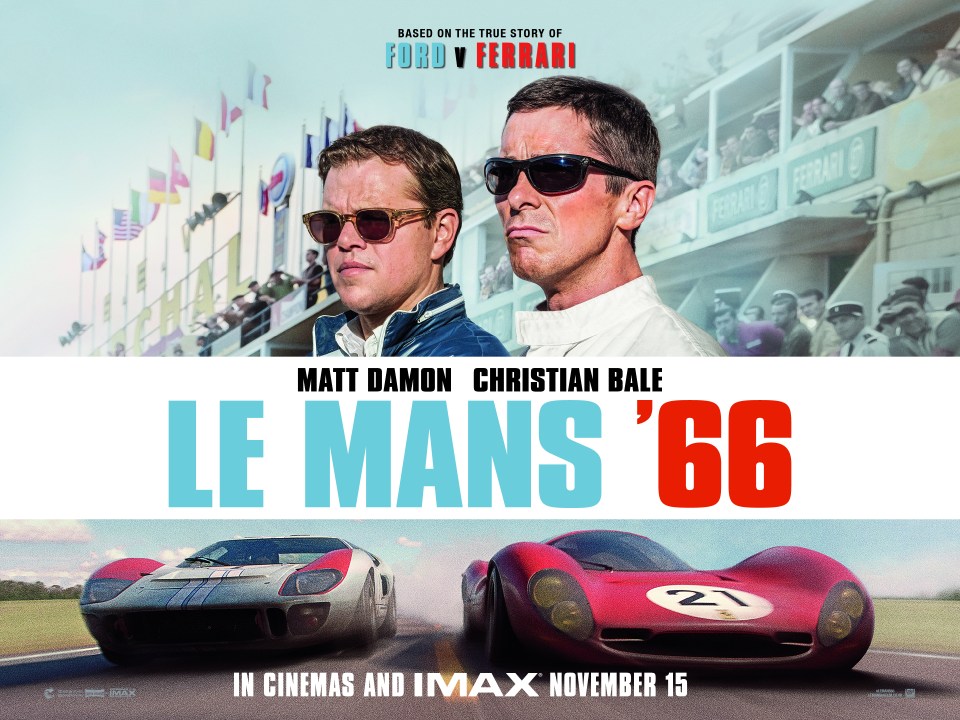 Films about motor racing have had mild success over the past few years. The documentary Senna and Ron Howard’s superb Rush, all did decent box office but didn’t set them alight. Now comes Le Mans ’66 (or Ford V Ferrari as it’s known everywhere else), the story of the battle to take the title at the 24-hour race between the family car maker and the kings of the track. On paper, it might not seem the most exciting idea for a movie, but with two hugely charismatic leads and some heart-stopping race scenes, this is a stylish slice of entertainment.

Ford Motors is in a slump, and Henry Ford II wants someone to come up with an idea to bring them back to the top. It’s suggested that Ford should take on the might of Ferrari in the racing game, especially the 24-hour Le Mans. They decide to bring in former racer and now car designer Carroll Shelby to come up with an ultra-fast car. His only proviso is that his driver and expert mechanic, hot-headed Brit Ken Miles is part of the team, much to the disgust of the executives at Ford.

Logan director James Mangold is used to directing stories based on real characters, having taken on Johnny Cash in Walk The Line. This is a film that mixes human drama, corporate interference and friendship alongside the perilous world of fast cars and dangerous races. From the moment the movie starts. Watching Shelby in his winning Le Mans race, Mangold puts us in the seat of the vehicle and basically tells us to hold on tight. From the testing of the cars to the various races, this is relentless in capturing the thrills and spills of the motor racing world. 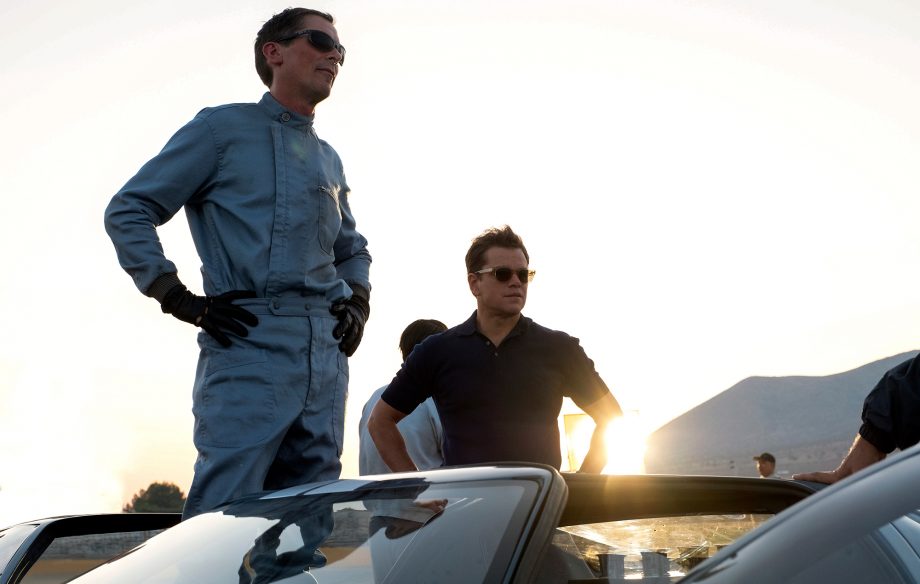 In between, Mangold shows us how a dream can be interfered continuously by suits who know nothing more than their own personal gains. Shelby has to deal with Leo Beebe, an executive with big ambitions who are willing to sabotage the game plan by placing obstacles in Shelby’s ways, especially when it comes to Ken Miles, Shelby’s talented but aggressive driver. Ken refuses to compromise when it comes to speed and listening to instructions, which causes problems for Shelby and the Ford Management, but he knows how to drive a car.

At the heart of the piece is the relationship between Shelby and Miles. These men are poles apart. Shelby is the smooth cowboy who has great respect for Ken and wants to prove to the world that he is a master behind the wheel. Miles, however, will prefer to throw a spanner than talk, who comes across as pig-headed yet drives a car like no other. This friendship is the grounding of the film and compliments the driving scenes.

The leads are exceptional in this film, making you care what happens to them and to the car they are trying to create. As Shelby, Matt Damon excels, giving one of his most relaxed performances and while not as showy as his partner-in-crime, brings great humanity to the role. Christian Bale’s Ken Miles gives a superb, physical performance as well as creating a loose cannon of a character. You can forgive him for his UK accent as he spits out British sayings while always gunning for a cup of tea. Special mention must go to Caitriona Balfe as Ken’s wife. She gives the character depth considering it’s not a lead.

Le Man ’66 is a rip-roaring drama that is gripping, funny and fascinating. It does have its flaws, none more s than the pantomime villainy of the Ford Executives and Bale’s accent. At 2 and a half hours long, it flies by at the same speed as the cars on screen. Cracking stuff.