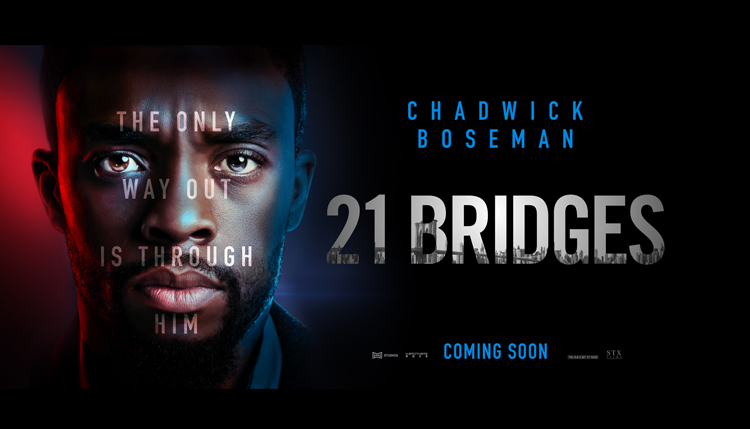 I have a soft spot for cop thrillers, whether they be the gritty types like Serpico or action-packed ones like Dirty Harry and Sharky’s Machine. It has become a dying art, most end up going directly to DVD.  Now we have 21 Bridges, which harks back to the grittier ones made in the 1970s. While the dialogue is a little shaky, it’s carried through by decent direction and solid star performances.

Detective Andre Davis is an NYPD cop with a reputation for getting the job done, regardless of any methods. When a drug robbery goes wrong, and eight cops are dead, Davis is given four hours to find them. He decides to shut down the island of Manhattan, by closing the 21 bridges onto the island, as well as any other method to leave, then flood the places with police. Teamed up with narcotics detective Frankie Burns, Davis realises that this wasn’t just any drug heist and that as he gets closer to find his men, he is uncovering the truth.

Director Brian Kirk uses his setting to brilliant effect. Taking the dark streets of Manhattan, he has given it the look of the 70s, yet using the technology of the time to bring the story up to date. Where would we be without mobile phones, computers and surveillance?  All play an essential part in the fast-paced tale that manages to squeeze in enough information about the main characters as it does the action set pieces. 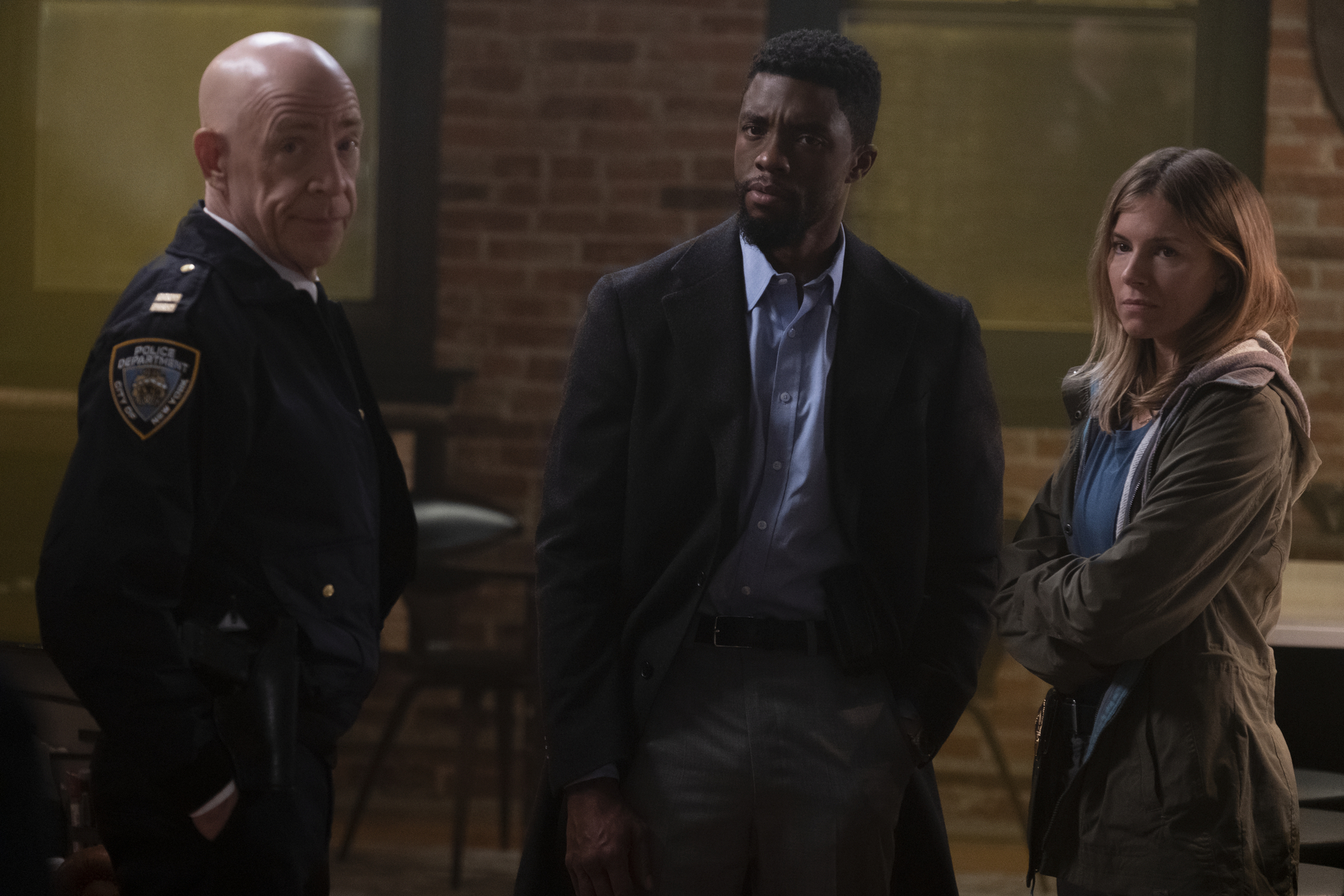 This is one of those films where you are torn between good and evil. The thieves, one a former soldier in Afghanistan, the other the brother of another soldier, have different reasons for committing the crime. They believe they are robbing a high-class liquor store of a few grams of cocaine. Instead, they are faced with a few hundred grams. Then the police arrive without any notice, and the only way out is to shoot, except one does all the shooting while the other fears for the consequences.

Then there’s Davis, the son of a former cop killed in the line of duty. When we first meet him, he is in front of internal affairs, having drawn his gun for the seventh time. Is he a maverick or just a good cop? His powers of deduction and trusting his instincts start filling him with doubt. Who is really involved in this case and the motives of the cop killings? 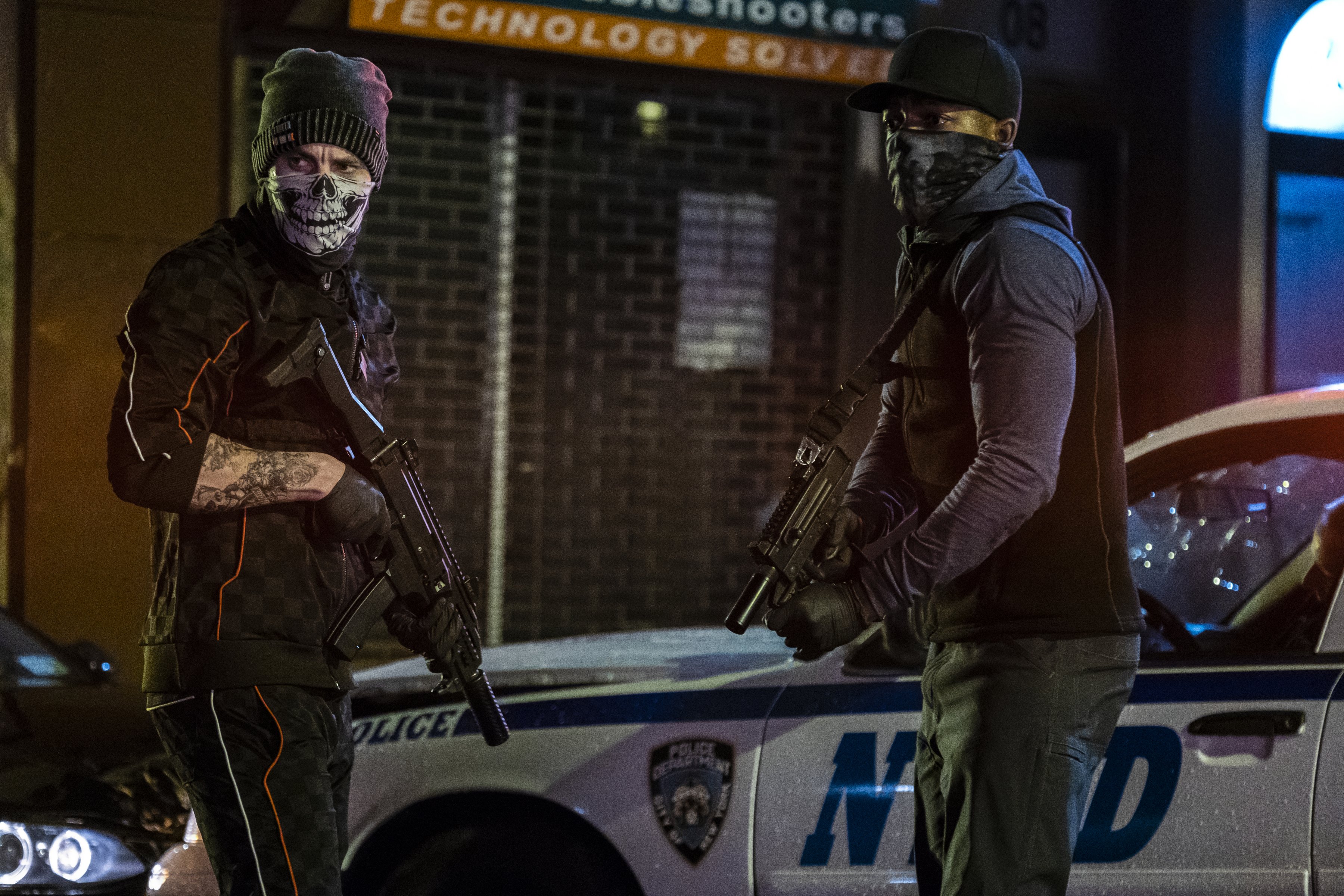 The action scenes are handled well, particularly a chase sequence that is very reminiscent to the cat and mouse chase in The French Connection. The script, however, is a little cliched and ropey in places and the “twist” is a little too green-lit early on, but that doesn’t stop the film from being entertaining, thanks to some A-list casting.

Chadwick Boseman, who impressed in both Get On Up and as Black Panther, is as cool as ice as Davis, with enough screen presence to keep you interested in the event on the screen. He is more than just another tough cop. Sienna Miller goes from strength to strength, this time as Burns, the single mother and cop who runs alongside Davis on this case, while Stephan James takes top honours as the torn criminal, Michael.

21 Bridges isn’t going to change the face of cop thrillers, but it’s a gentle reminder of a genre that has been reduced to cheap, often violent B-movie status. This does that, but with solid direction and a strong cast, this is a decent return to form.