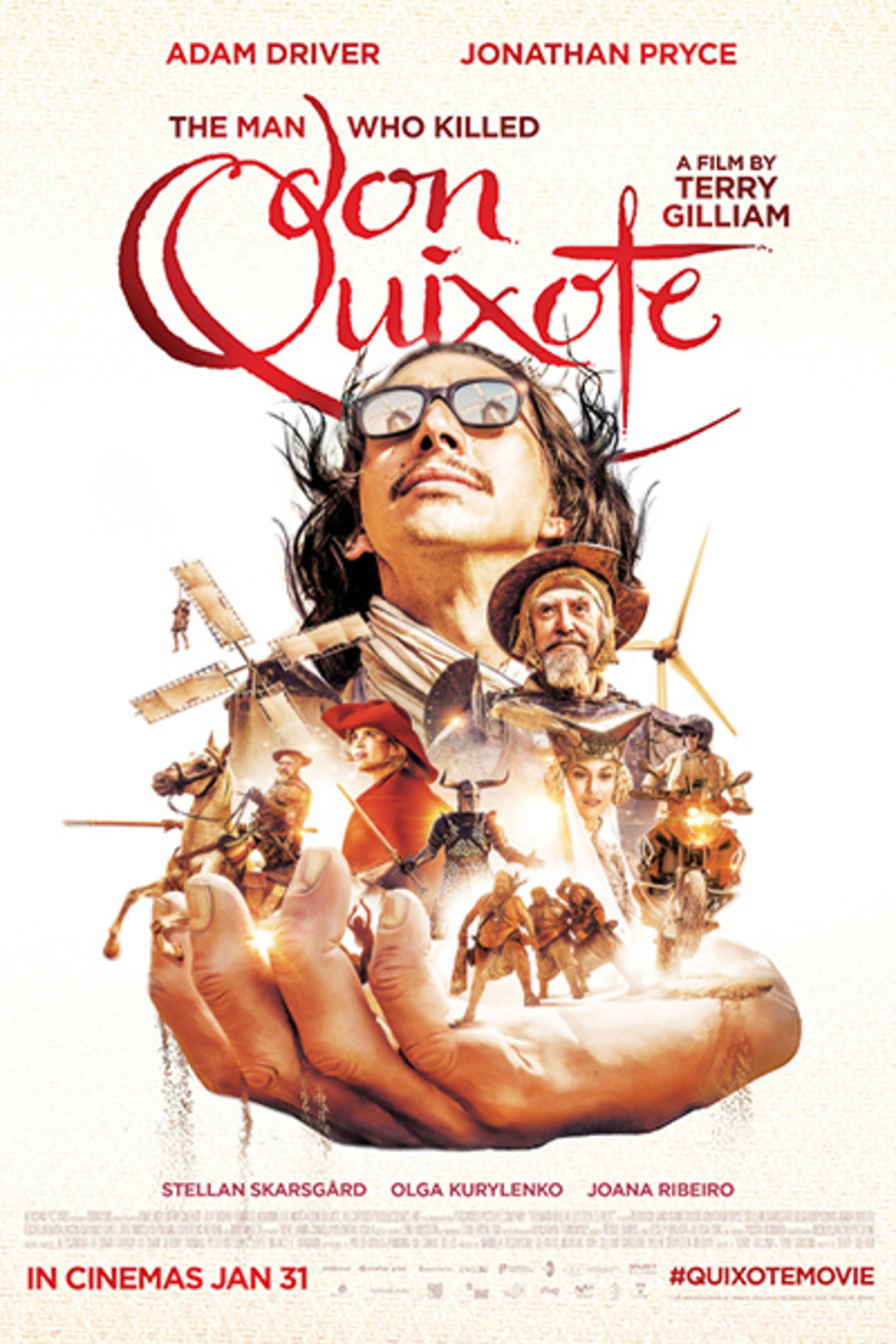 When people talk about troubled productions, they are nothing when you compare them to The Man Who Killed Don Quixote. Terry Gilliam has been trying to get his pet project off the ground for thirty years. After his first attempt failed due to a series of disasters (see the brilliant documentary Lost in La Mancha to see that this was the film that almost killed its director) it is incredible to finally see it on the big screen. Even this hasn’t been plagued with problems. The question is, was it worth the wait?

Toby is making an advert and using the tale of Don Quixote as its basis. Years before, he made a student film of the subject matter. Finding himself returning to the original location, he finds the man who played his lead, an old cobbler, who now believes he is Quixote and that Toby is his Sancho Panza. The pair head off for a series of adventures that leads Toby to question dreams from reality.

The first thing to say is that Gilliam is a master of visuals. His films are never dull to look at. He has created a world where reality and fantasy collide. Like Baron Munchausen or Time Bandits, you know you are watching a Gilliam movie just from the style. Quixote delivers in its production design. It is a larger than life world you would expect the Spanish literary hero to live in. 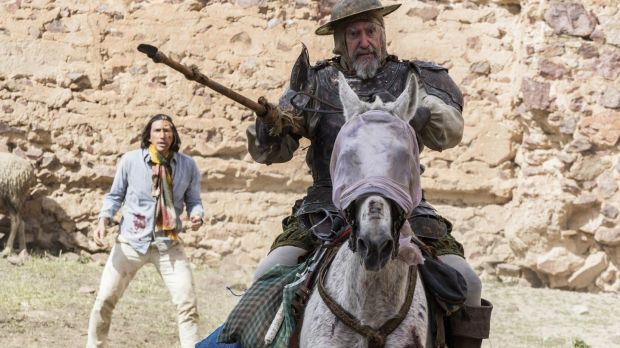 It also has Gilliam’s touches of the surreal humour. The animator of Monty Python, he manages to squeeze fun where you wouldn’t expect it. When Toby steps into the sideshow caravan where he rediscovers his cobbler now living the life of Quixote, it is pure Pythonesque.

What is problematic is how undiscipline the film is. Gilliam often lets his story get the better of him, which causes the whole movie to feel uneven and all over the place. Knowledge of the original story could be an advantage as the two unlikely partnership goes about their various adventures. Still, it often gets confused when jumping from the world of filmmaking to this make-believe land of Quixote. 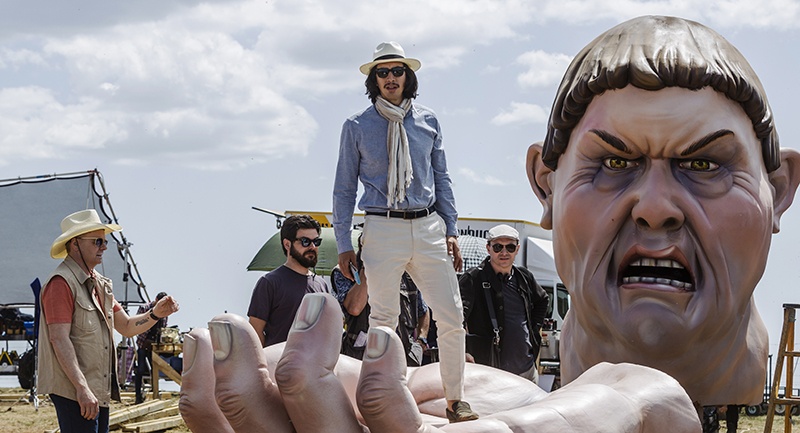 Yet while the film is messy, it still manages to grab the attention. Maybe because it has been a pet project of Gilliam and he has been pulled through the wringer trying to get it to the screen. Even this version has had difficulties with a producer who wanted to take full ownership of the production, also though he never gave anything but trouble. The film was screened at the Cambridge Film Festival in 2018, and yet it has taken this long for a general release due to legal battles.

However, for all its flaws, the film’s saving graces are the two leads. As Toby, Adam Driver is superb. An egomaniac trapped in a world he has no control over, unlike his own film projects. Coupled with Jonathan Pryce’s brilliant Don Quixote, an eccentric man who believes he is the Spanish hero, they are a fantastic comic double act who feed deliciously off each other. They make the whole journey worthwhile.

The Man Who Killed Don Quixote is definitely Gilliam’s best film in years, yet after all this time, it isn’t the masterpiece you so desperately want it to be. It has plenty of exciting moments, and the look is magnificent. The Driver/Pryce double act is worth the admission fee alone. A film that is fabulously frustrating as it is ferociously fun.