Written by: Todd Komarnicki, (based on the book “Highest Duty”) Chesley ‘Sully’ Sullenberger and Jeffrey Zaslow

Thursday 15th January 2009, the world witness “The Miracle On The Hudson”, in which U.S. Airways Flight 1549 was forced to land on the river running through New York after birds crashed into the engines causing complete failure. The Captain, Chesley ‘Sully’ Sullenberger, was hailed a hero after all 155 passengers and crew survived. However, there are always sides to true stories that many may not know about and Clint Eastwood’s latest explores those who felt Sully wasn’t quite the hero. 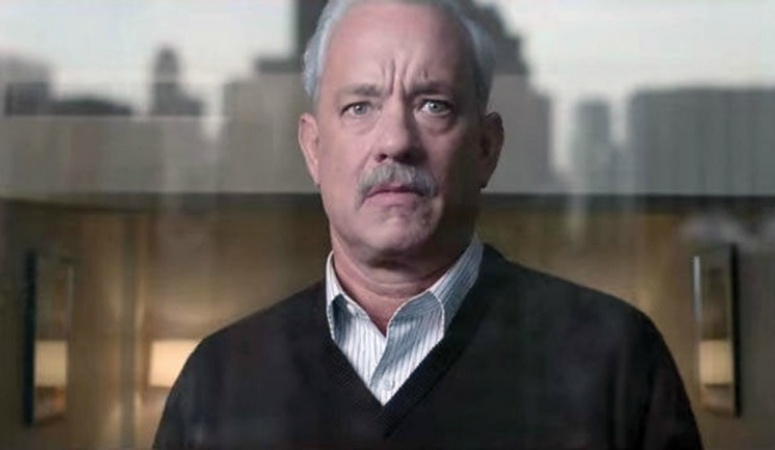 Following the forced water landing, Sully and his co-pilot, Jeff Skiles, were brought in front of an investigating panel who believed that the plane could have been taken back the airport, where a safer landing was possible. Sully, a man looked upon as the saviour of 155 lives, finds himself being torn between knowing what happened and what the investigators believed should have happened.

Starting with a spectacular plane crash in New York, which turns out to be a nightmare that Sully is suffering from, Eastwood’s film follows the events after the now infamous landing, with Sully having to endure a trial without jury, as the investigators question his decisions to land the plane in the river instead of attempting to return to the airport or use any of the other landing strips in the surrounding areas. Their main evidence being the plane’s computer system which suggested that it was possible and the experts who ran simulations.

The film’s gentle, sometimes too leisurely pacing, allows the audience to soak up the facts and wonder whether Sully was the hero we all believe him to be, or if he could have taken another course of action that wouldn’t have ended with a plane in the Hudson river. There are long scenes of the investigators interrogating Sully and Skiles, while Sully has to deal with his own personal demons, that of the stress and anxieties the accident has brought forward.

Eastwood cleverly lets us wait to see the events unfold that led to the landing until half way through the film, toying with us with these more horrific images of a plane heading into the heart of New York, as Sully’s nightmares start to invade his day. When the actual landing does occur, it’s handled with plenty of drama and tension, yet never overblown, without the usual pomp of an enormous orchestral score and dramatic overplaying from the cast. In fact, like it’s lead character, it’s quietly underplayed and softly spoken.

The performances, like the rest of the film, is never bombastic. Tom Hanks is perfectly cast as the grey-haired, softly-spoken hero and manages to deliver a quietly confident performance that breezes through the film, showing Sully as a man who never wanted to be a hero, who was just doing his job and had to make a decision that, thankfully, paid off. It’s one of Hanks’ finest and most sutble performances in a long while and it wouldn’t surprise if he wasn’t in line for an Oscar nomination next year.

Sully is a slow-moving yet involving drama about an ordinary man in extraordinary circumstances made a decision that, if handled wrong, could have been a tragedy of unspeakable horror. Instead, this gentleman did something that no one would ever have thought possible and so made him a legend. This film gives that man the dignity he deserves and is perfectly fitting for a man who can claim to be truly heroic.