Directors: Josh Gordon and Will Speck

It’s as traditional as turkey and mince pie. The Office Christmas Party, when all inhibitions are thrown out of the window due to a large amount of alcohol. Now we have the film that tells you exactly what it is in the title, another American comedy that relies on the lowest denominators of sex, swearing and adults behaving very badly. It’s a film that feels like you’ve been invited to a party, only to be locked in a room with large windows for you to watch others enjoying themselves a little too much.

Child-like Clay is running a computer tech company that seems to be losing money. With Josh virtually running the business and fellow tech genius Tracey playing around with an idea for wireless internet, they are just about holding on when Clay’s sister, the vicious Carol, arrives to tell them that there is no money for a Christmas party, no bonuses and 40% of the workforce need to be fired. Finding out that a wealthy tech businessman, Walter Davis, is looking for a new partnership, the three decide to ignore Carol’s demands and throw a huge party in order to impress Davis. The only problem is, things start to get out of hand and out of control.

The film starts with plenty of promise as we go through the office and watch the politics, the relationships, the bullying and the backstabbing while being introduced to the key players. What happens then is the party starts, and we start seeing these once ordinary people letting their hair down. The only problem is that when it starts to really kick into gear, we are bounced around from one incident to another and you never really care about any of them. This is a comedy that is so overplotted you never really know what is going on from one moment to another. So we follow Josh and Tracey’s relationship; Davis’s straight-collared reaction to the party until he accidently gets a face-full of cocaine; Clay’s desperation to impress not only Davis but his fellow workmates; a computer geek having to bring a prostitute to the party pretending she is his girlfriend and so on. 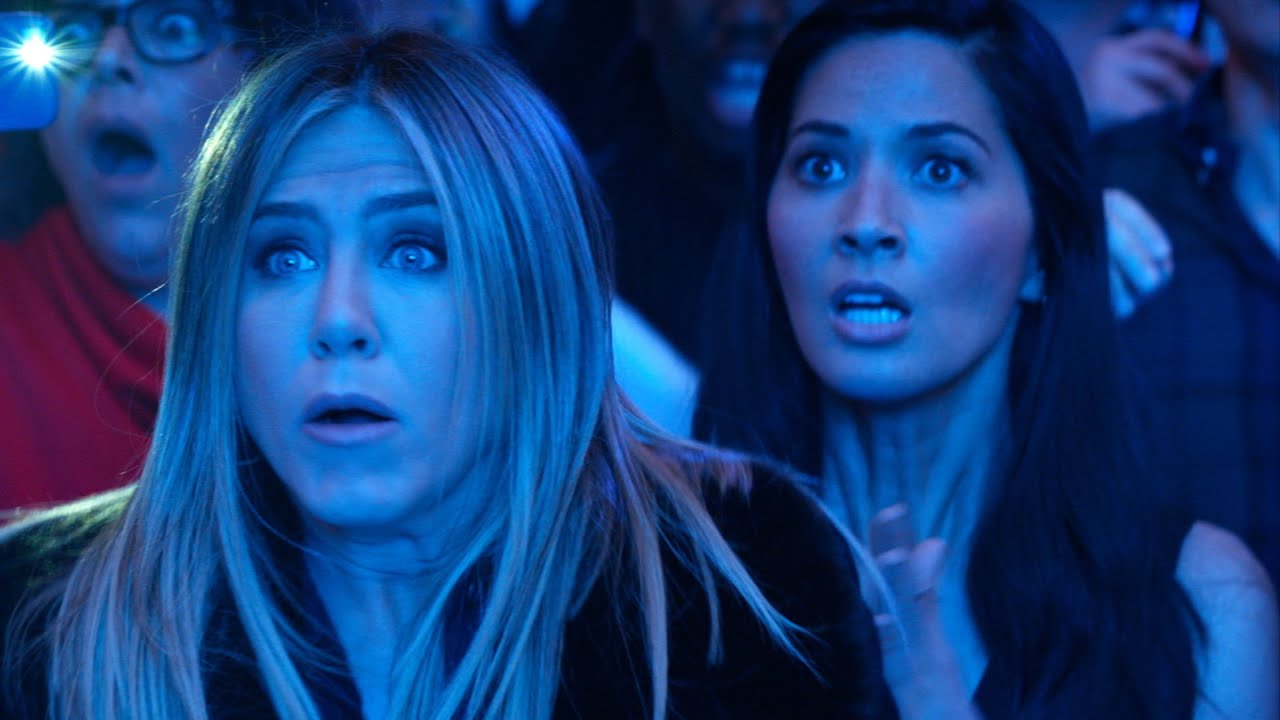 Of course, we get the standard fare for this kind of party: unnecessary nudity, blatant sexual references, mainly involving male body parts, tonnes of F-bombs being dropped whenever the cast are allowed to improvise and not many laughs. It’s not completely laugh-free. There is the odd moment when a gag hits the mark but sadly this is few and far between and considering the cast involved, you do expect a far higher laugh rate.

Some of the antics are very obvious: the photocopying of body parts, given an added twist with a 3D printer; random animals brought into the building (which makes no sense whatsoever when the security is a no-nonsense woman with a love for tasering) while the extended plot where Josh and Tracey have to find Clay who has been taken off by a psycho pimp just looks desperate for an exciting ending.

It’s not all disastrous, thanks to a couple of the performances. Jason Bateman as Josh, plays, well Jason Bateman again, the likeable everyman, while Olivia Munn is fine as Tracey. Jennifer Aniston is allowed to play against type again, this time as a hard-nosed business woman who is cruel to children but has a decent line in fighting skills. Where the film scores points come in the form of T.J. Miller as the child-like Clay, who just wants to bring fun into the world and keep his workforce happy. He has some sweet moments where the innocence of a big kid in an adult world comes through. The film stealer comes in the form of Ghostbuster scene stealer Kate McKinnon as an uptight HR officer. Producing another quirky character, she delivers some of the funnier material, mostly improvised, which are so off-the-wall you can’t help but laugh.

Office Christmas Party isn’t a total disaster and in a year when comedies have failed to raise a smile, it does make a change to have a film that, on the odd occasion, produces a chuckle. It’s just a shame that the cast seems to be having a much better time than the audience is.