I am a bit of a sucker when it comes to buddy buddy movies, that sub genre that fits into the comedy action film, in which mismatched individuals are forced to work together. Excellent examples of this include 48 Hrs, Lethal Weapon, Rush Hour and last year’s underrated The Nice Guys. Now we get The Hitman’s Bodyguard, which falls neatly into this category. Two men from different sides of the tracks, who hate each other, must work together for a common cause, bantering and bickering while blowing things up and causing havoc and destruction along the way. This one I was looking forward to enormously. Sadly, it’s a bit of a disappointment as it just doesn’t get the tone right and leaves the two leads basically going on autopilot. 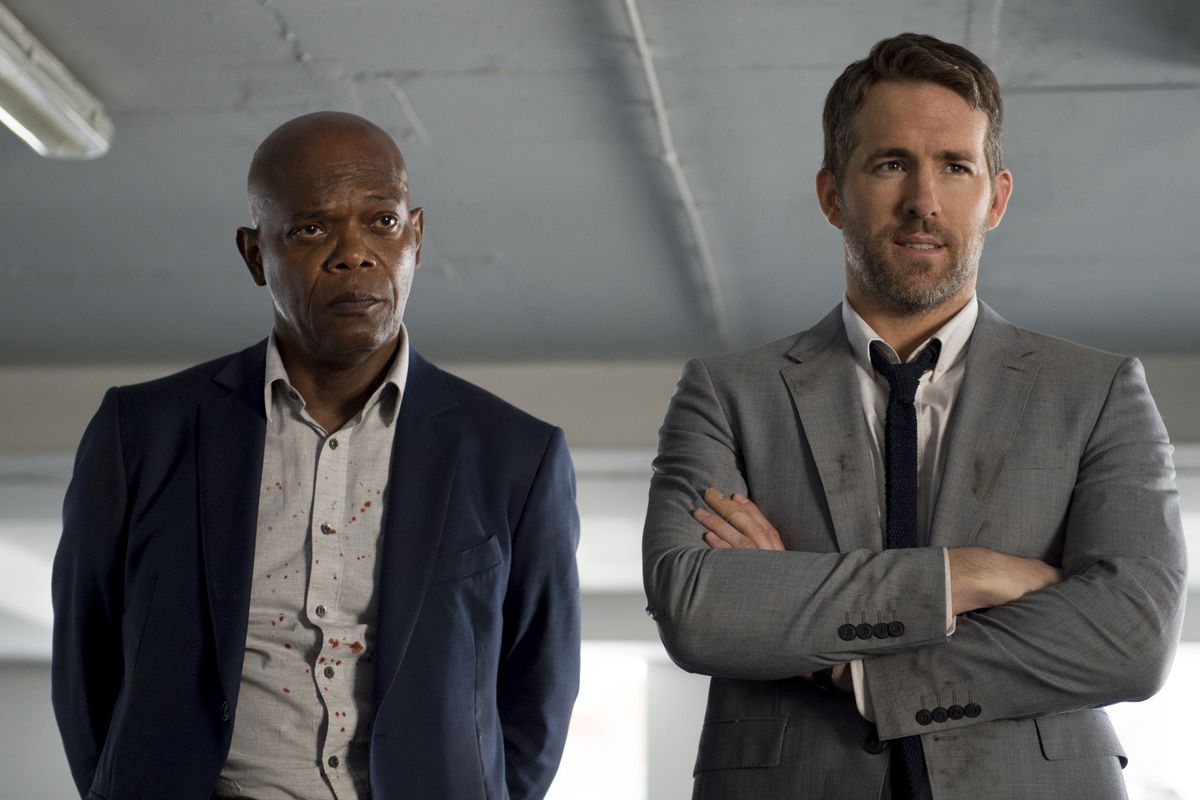 Michael Bryce was a top-graded bodyguard until one of his high-valued clients was killed. Now reduced to low-rent protection, he is given the opportunity to redeem his career by taking on a delivery job, that of top hitman, Darius Kincaid, from London to the International Court of Justice, where he is to testify against Vladislav Dukhovich, a dictator who seems to be on the verge of being released unless someone has hard evidence against his atrocities. The only problem, Bryce and Kincaid have history and both men hate each other. Yet with Dukhovich’s men wanting Kincaid stopped, they must work together to get to the court.

Taking the well-worn story of getting a star witness to a court proceedings is fine as long as you can be original with it. This, unfortunately, doesn’t have an original bone in its body. When Clint Eastwood gave us The Gauntlet, he went with a couple of decent set pieces leading to the spectacular bus shoot-out in the finale. Here, director Patrick Hughes decided to go all out throughout the whole film and so the set pieces are loud, violent and all peak at one level, so the film becomes just a succession of machine guns and car chases, none of which end up being that spectacular. It doesn’t help that the explosions, especially one near the end of the film, looks like it was created in Microsoft Paint!. 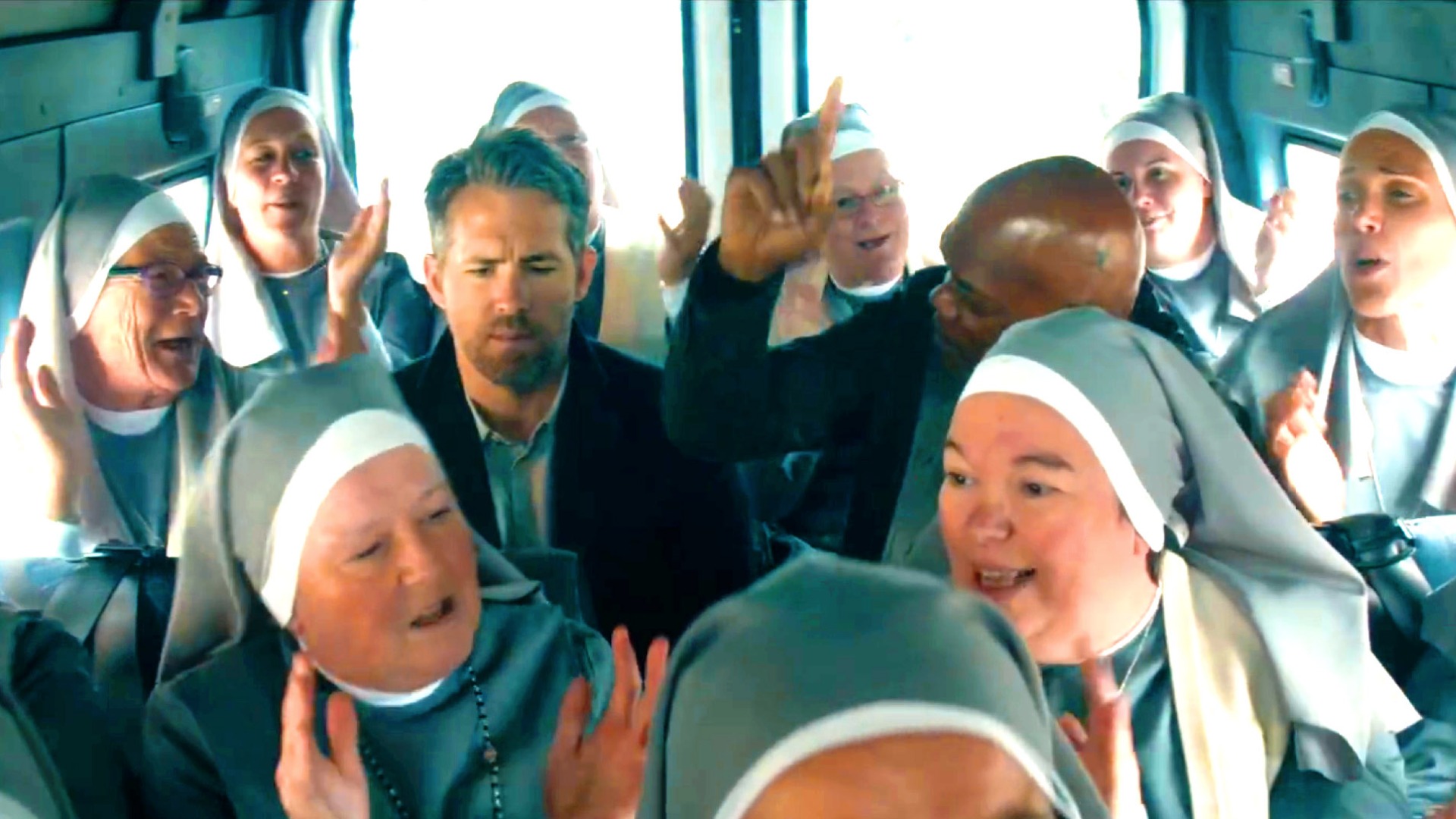 The other major problem is the tone of the film, considering the current world events. This focuses on a dictator from a former Russian country who is killing anyone who stands in his way for power. We even get photos of a death grave. Doesn’t exactly sit right in a blockbuster comedy action film. Yes, we all know he’s a bad man but seriously, there’s bad and then there’s bad taste. It also gleefully bounces along causing so much destruction on the street that with the current climate of terrorist acts, you’d be forgiven if you found all of this jovial fun a little uncomfortable.

What the film relies upon heaviest is the screen chemistry between its two leads, Ryan Reynolds and Samuel L. Jackson. Both skilled with the quick-fire wit and delivery of a sharp one-liner. Here they seem to be coasting as if they are only doing the film for the money. Reynolds, who was so perfectly cast as Deadpool, is expected to repeat this as a civilian, yet it becomes annoying fairly quickly as he shouts every line, losing any real comic value, while Jackson, who still manages to be the coolest man on earth, looks like he’s been told to use motherf***er as much as he wants because, let’s face it, it’s funny when he says it. Is it thought? Gary Oldman gives us another odd accent as the dictator and the oddest casting is Richard E Grant as a coked-out lawyer who is in the film for less than five minutes and seems completely wasted (in more than one sense of the word).

The Hitman’s Bodyguard is a mess. It’s not a total disaster as some of the lines are amusing and the set-pieces are well handled but it just feels ill-judged at best and a waste of two perfectly fine leads who deserve much wittier scripts than relying on their previous screen personas.