In 1971, Aretha Franklin was at the top of her game, with a string of hits and awards, she had cemented herself as the Queen of Soul. She decided to take a risk and produce an album of the music where she started from; gospel. A bad decision as gospel never really cracked the charts. In January 1972, Aretha, with backing from the Southern California Community Choir, recorded Amazing Grace, an album which, to this day, is still the biggest selling gospel album. This documentary, which has never been screened until now, is an account of that two-night recording. 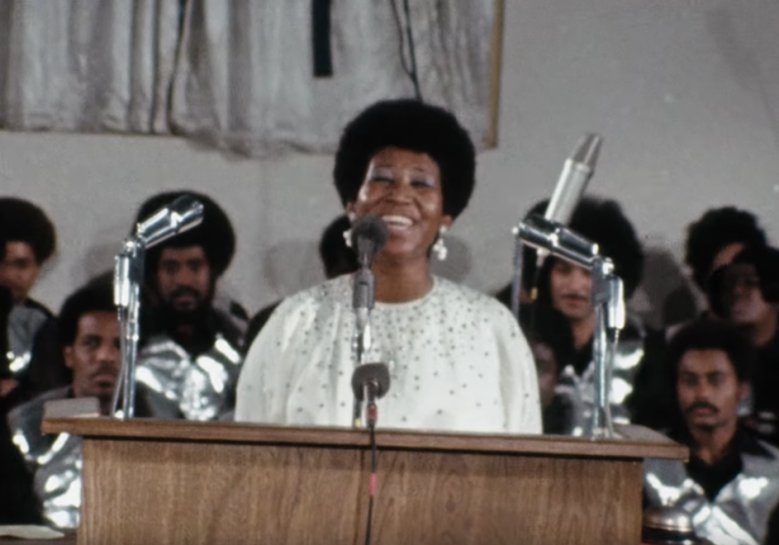 The idea behind the film was to be shown as part of a double bill with Superfly. It was also a possible opportunity to turn Aretha Franklin into a movie star. Sadly, the film had a chequered history that could have its own movie about the making. Director Sydney Pollack, who made movies like Tootsie and Out of Africa, was hired to capture the experience of a live performance by the great singer. He had never directed a music documentary and so filmed without using a clapper board. Problematic when trying to piece together the sound with the film, so 20 hours of footage couldn’t be synchronised. Lip-readers were bought in help, but to no avail, so Warner Bros shelved the project. This didn’t stop the album from becoming a hit.

In 2007, Pollack, who was dying, handed over the movie to producer and enthusiast Alan Elliott, using modern technology, managed to edit together the music and visual and put together this 90-minute presentation. The story doesn’t end there. Aretha Franklin refused to have the film released, but when she passed away, her family gave permission. 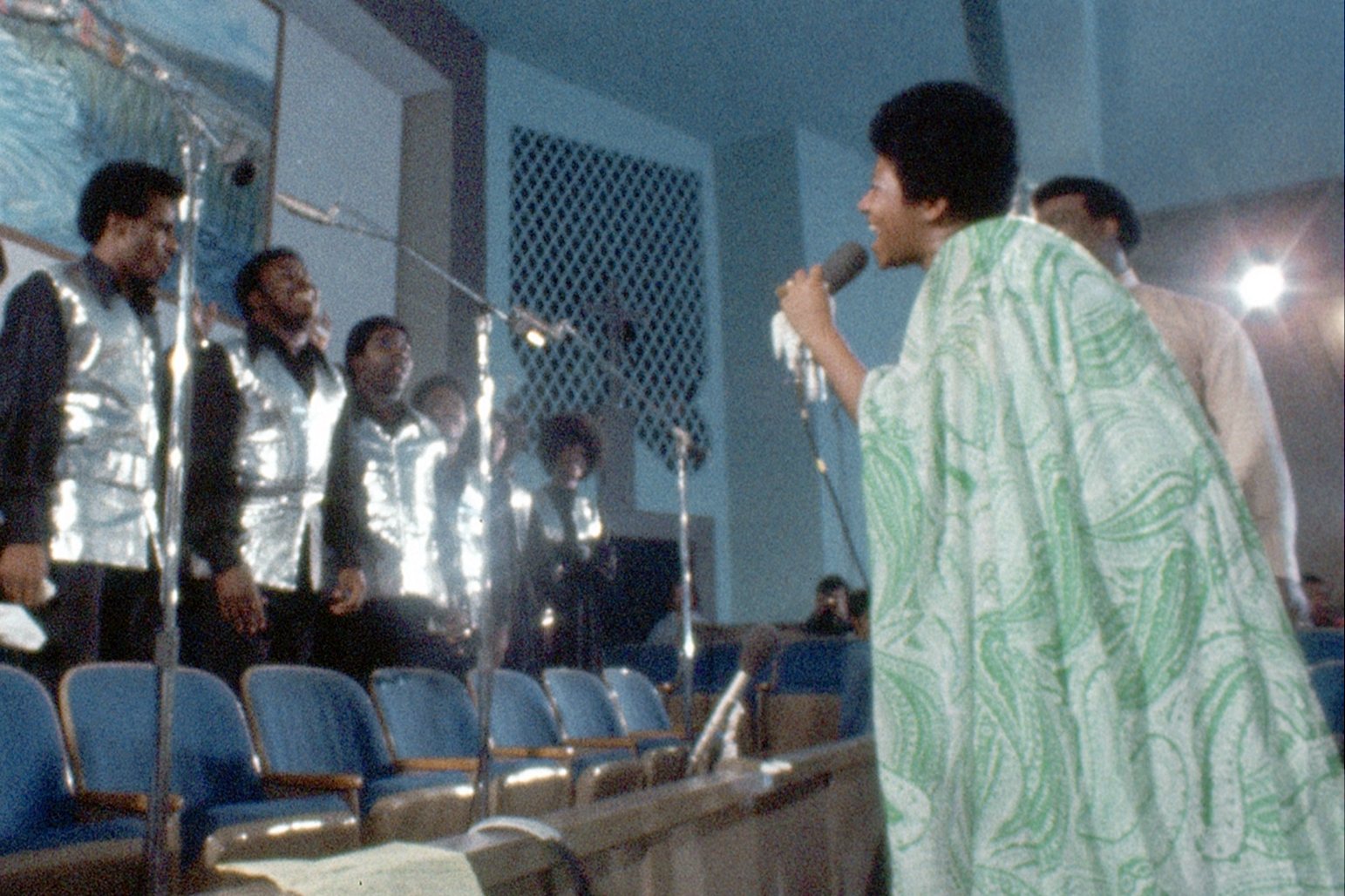 The film is extraordinary, showing Franklin’s raw talent, taking on her favourite gospel songs in the presence of a congregation at the New Bethel Baptist Church in Watts, Los Angeles. From songs that are familiar like Wholly Holy, You’ve Got A Friend and, of course, Amazing Grace. Each moment is a musical revelation, with Franklin’s incredible range making the hairs on the back of your skin stand up on end. The film captures the atmosphere and passion of a woman at the top of her game. Even Mick Jagger and Charlie Watts turn up to watch this queen perform. Every inch of her soul is on show. Her voice comes from her boots right to the top of her head, and you feel a sense of sadness that she is no longer with us. 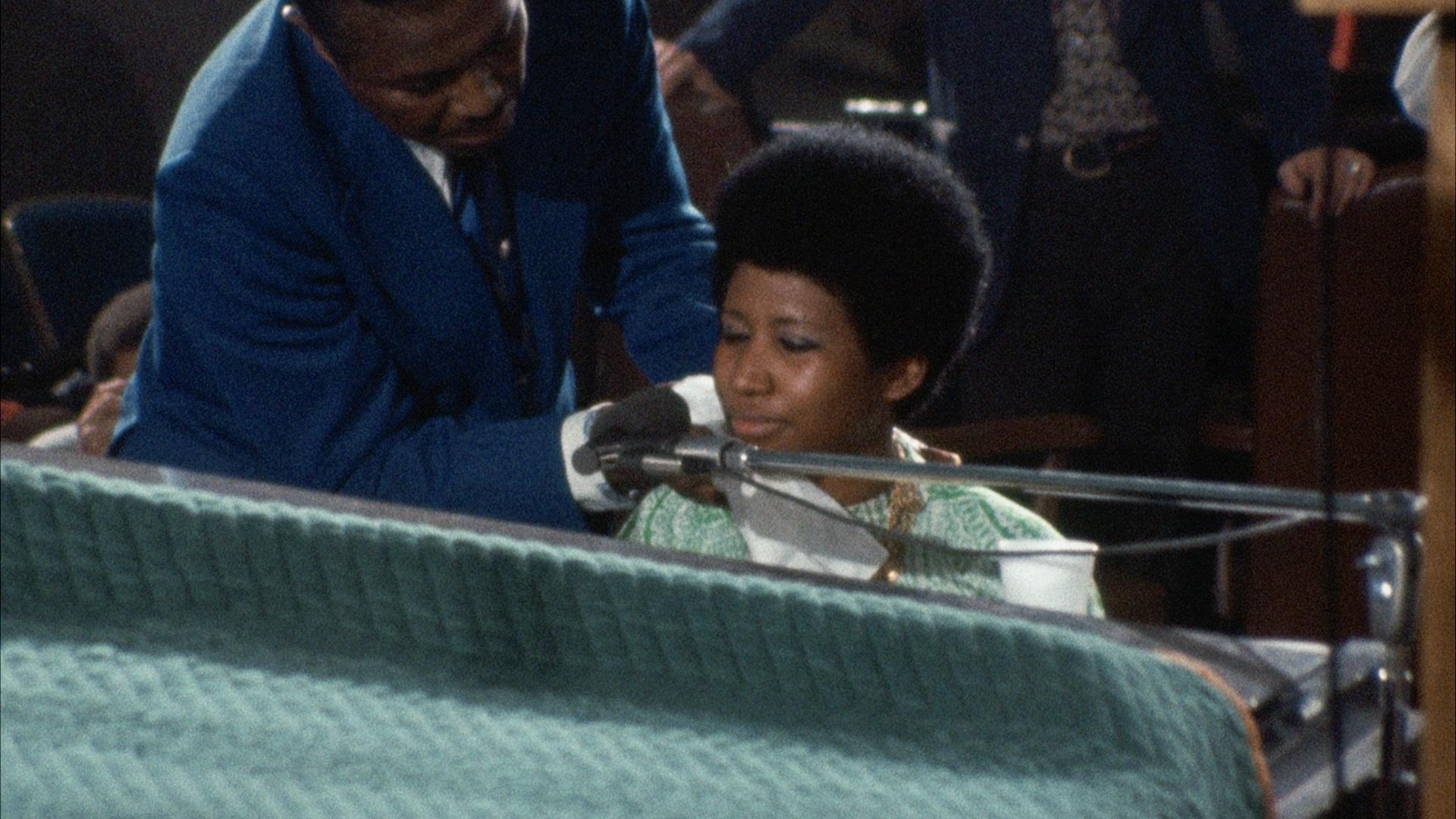 If you are a fan of music, especially for this genuinely talented lady, then Amazing Grace is a must see. It will hook you from start to finish and will stay with you way after you’ve left the cinema. A masterclass in music documentary and a treasure to behold.