Written by: Matt Holloway, Art Marcum and (based on the characters created) Lowell Cunningham

Back in 1997, when everything Will Smith touched turned to gold and riding on the tailcoat of Independence Day the year before, Men in Black came from out of the blue and blew everyone away. A whirlwind comedy sci-fi masterpiece with the inspired teaming of the Fresh Prince with Tommy Lee Jones. It deservedly was a smash hit. Then came two sequels which, quite frankly, could never match the original and were forgettable. Now, some 22 years since that first film, the powers that be at Columbia Pictures, think we need another Men In Black movie. Gone are Smith and Jones, to be replaced by a team that has already proven successful. What could go wrong? Well, nothing apart from this new film, Men In Black: International, is very, very ordinary. 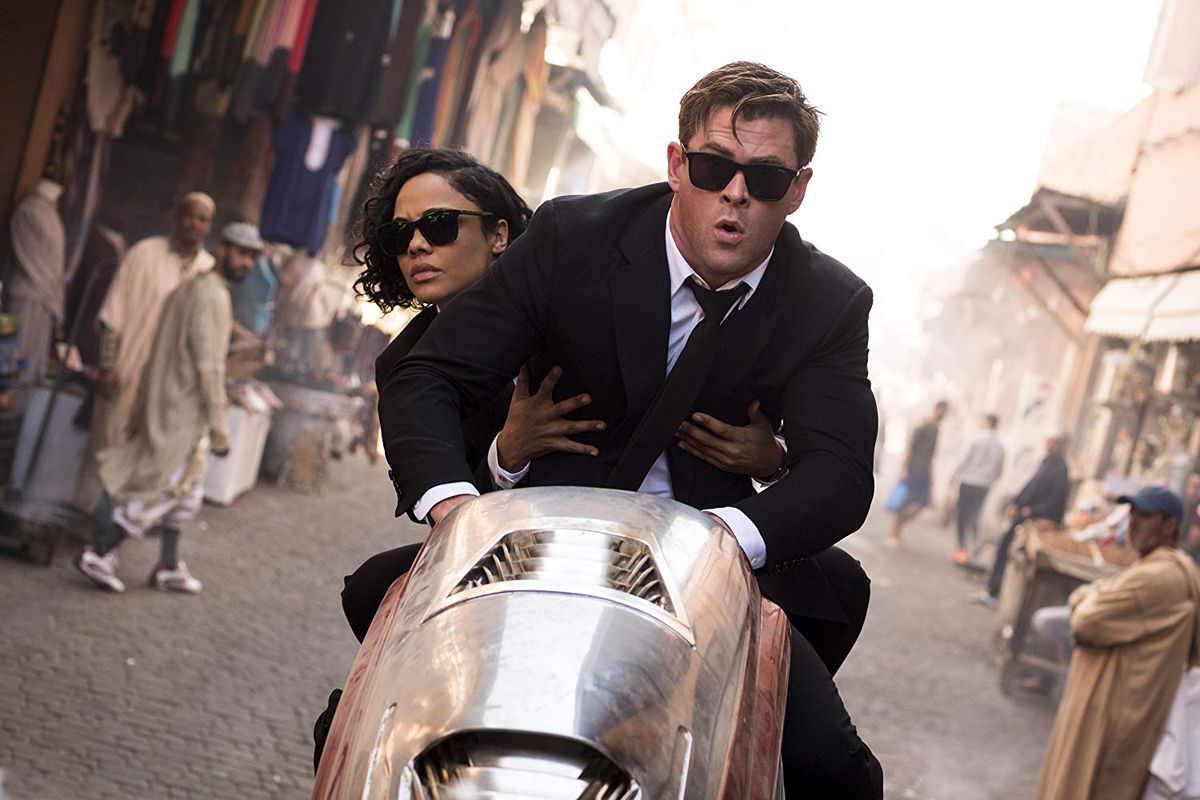 Molly Wright, as a young girl, experiences an alien encounter. While her parents were neuralysed by Men In Black agents, she witnessed everything and so began a lifelong search for the organisation. Years later, having been turned down by the FBI and CIA, she tracks down the MiB and demands to become an agent. Agent O gives her a chance and sends her to London on probation. Once there, she teams up with the highly regarded Agent H to escort an alien on a night out, which begins an adventure where there is a possible mole in the MiB and on H and M (Molly’s new name) can find out who it is.

Apart from the new cast members and new locations (more a tourist’s trip around the world), this is business as usual. Instead of rebooting the series, director F. Gary Gray and his writers have decided to expand the MiB universe. Little nods to the originals are here, from a painting of the leads to Frank the Pug and the stick aliens. Everything else is the same, from the collection of weapons and vehicles to the overall look and design of the film. 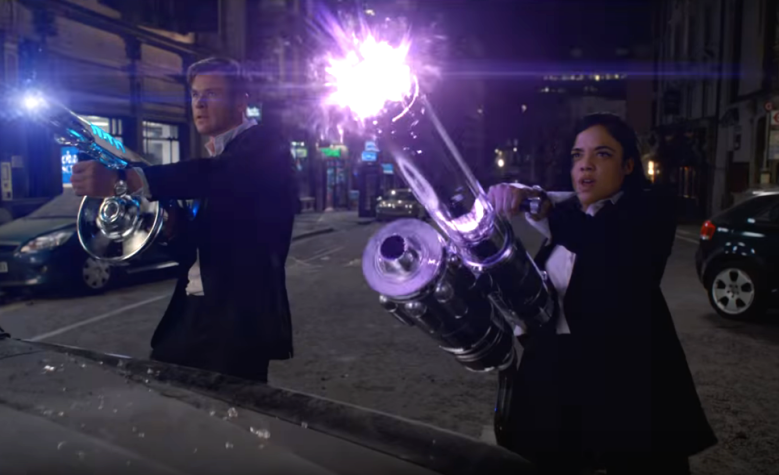 This is the major problem this time around. Introducing a new cast of characters, it would make sense to move the series on. It feels stuck in the 1990s, and so you find yourself wondering what the point of this whole exercise is. The film series is slightly out of fashion now, proven none more so than seeing it on a Saturday in an almost empty cinema. Movie audience has moved on, so have franchises. If the Men In Black series had been with us continuously over the years, this might have worked. The last film was in 2012, and it was not very memorable either.

What we get is a collection of set pieces, none that impressive as well as a couple of funny moments, mainly from a tiny alien called Pawney, who seems to be given the best lines. Once you reach the predictable finale, you feel like you’ve not been taken on a journey but stuck in the same place you were 22 years ago.

Casting Chris Hemsworth and Tessa Thompson, who worked so well together in Thor: Ragnarok, is inspired but they are let down by an average script, most of which seem improvised. They have chemistry, and it’s nice to see Thompson given a lead role, but you know these two are good, so why give them more exciting banter. Liam Neeson, as High T is, Liam Neeson but without the face punching and Rebecca Ferguson is wasted as an arms dealer with lots of arms. The Big Sick star Kumail Nanjiani steals the film as Pawney, who delivers every line with the right comic timing. 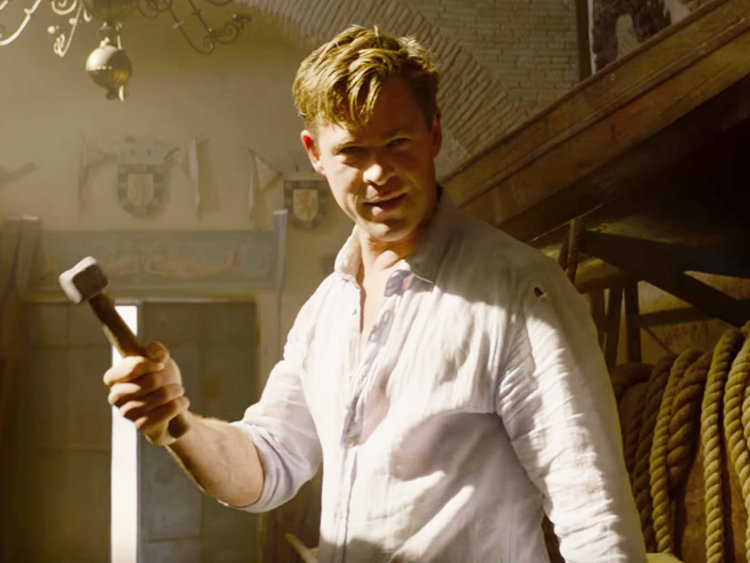 Men In Black: International had all the potential of injecting new life into a dying series. Instead, we get more of the same and possibly the end of the series unless someone comes along and gives it a well-needed kick up the backside.