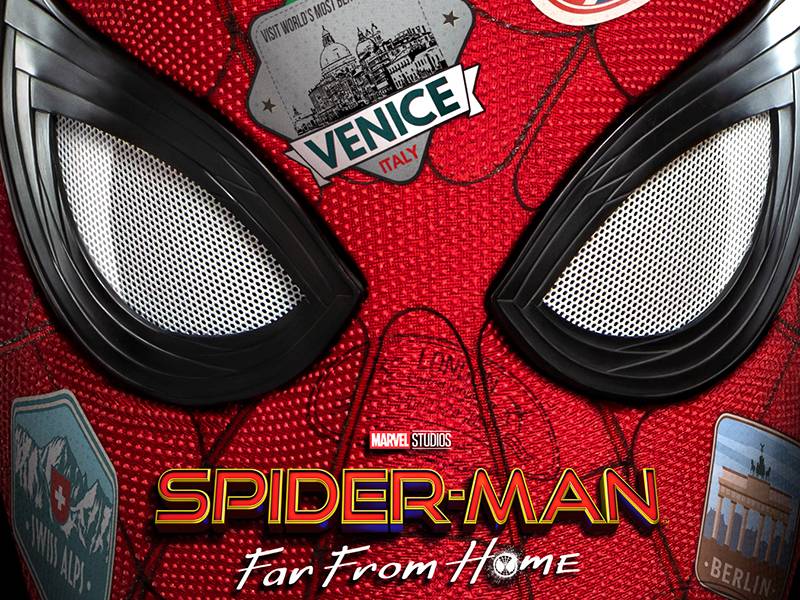 Where do you go after the epicness of Avengers: Endgame? Do you continue the mood or try to lighten things? The second stand-alone Spider-Man movie in this new incarnation has a tricky job to do. The events of the Snap are still being felt, and yet the world has to move on. In the tradition of Spider-Man: Homecoming, director Jon Watts and his writers have given up a teen drama with a superhero movie that is both dark and very light. Hence Spider-Man: Far From Home is a whole barrel of fun. People are still coming to terms with previous events, none more so than Peter Parker. As his alter-ego, Spider-Man, all he wants to do is live the life of a regular teenager while being a hero to his community. He is also still grieving. A trip to Europe could be just the thing, and a perfect opportunity to win over MJ, the girl he loves. The relaxing vacation comes to an abrupt end when the Elementals arrive, a group of monsters made up by the elements. Along with them is Quentin Beck, a man from a parallel Earth, nicknamed Mysterio. Things, however, are not what they seem.

Endgame was always going to be a tough act to follow, so do you try to equal it? Better it? (That is never going to happen) Or do what Jon Watts has done. Have as much fun as possible by mixing laughs with decisions with some spectacular set pieces. It does use the well-trodden path of taking the characters we know and sending them on holiday (Thanks Holiday On The Buses for that). Yet this gives the character, particularly Peter and his fellow students, a fish-out-of-water quality that has an inept teacher trying his best to impress but failing miserably, while Ned has ambitions of meeting European women and then finding love before he gets off the plane.

The human elements of a teenager finding his emotions taking control are both sweet and very real, making Parker more empathetic than most superheroes. He wants a healthy life, so having such huge responsibilities tear himself apart. He is the last hope having been given the mantle by Tony Stark, and now Nick Fury needs him to protect the world from the Elementals.

We also get the bonus of a new character, Quentin Beck, aka Mysterio, a man from another dimension who could be the answer to the lack of the Avengers. In the first hour, the set up is neatly in place, then Watts throws in curveball after curveball in the second half with some scenes that are as mindblowing as those in Doctor Strange with a finale set in London that ticks the box nicely for those who like their superhero fight sequences fast and furious.

The whole package is helped along with terrific performances. Samuel L. Jackson and Cobie Smulders as Nick Fury and Maria Hill have set their characters in stone and are hard to imagine anyone else playing them. Zendaya as MJ is perfectly moody and Jacob Batalon’s Ned has grown into a comic foil for Peter. Jake Gyllenhaal has joined the team as Mysterio, a man who seems to be one thing and like the film, nothing is as it seems. He brings an air of class to the film and its good to see him in a much lighter mood than what we are used to.

The heavy work, however, is on the shoulders of Tom Holland as Peter and he delivers possibly the best Parker yet. Left with the massive responsibility of being Spider-Man, along with longing a normal life allows Holland to really show his acting muscles, and he does it with aplomb. Long may he be the web-slinger.

Spider-Man: Far From Home is loads of fun. It’s not going to change the shape of superhero movies, but it’s entertaining, exciting and, if you stick around for the post-credit sequences, still manages to shock you. Far From Home was the final part of Phase three of the Marvel Cinematic Universe. I cannot wait for what’s in store with Phase Four.