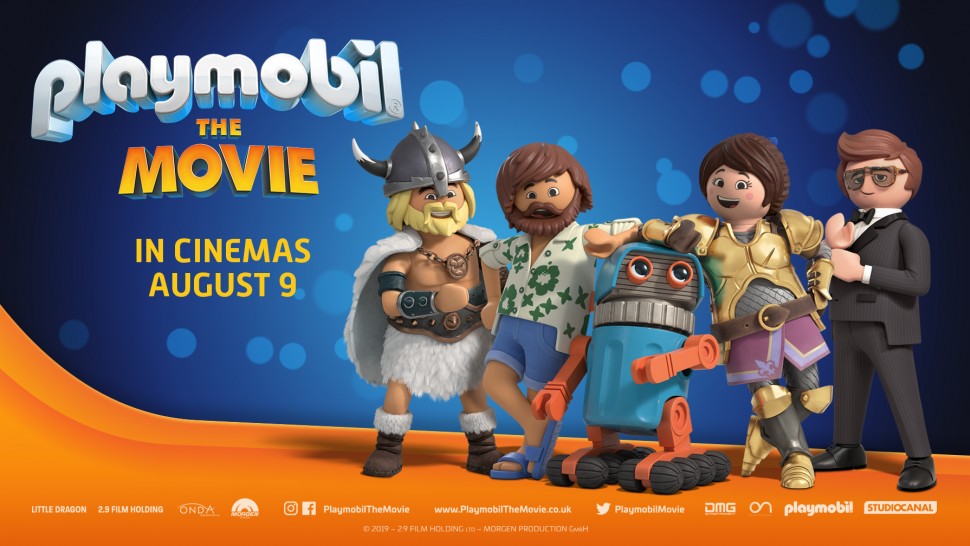 After the massive success of The Lego Movie franchise, it was almost a guarantee that other toys would jump on the movie bandwagon. Why not? Sales of Lego go up every time a film is released (although reports state that The Lego Movie 2 was a flop!). Now the younger version of Lego, Playmobil, has its own movie. Where The Lego Movie succeeded, this fails miserably.

While searching for her brother, Charlie, Maria finds him in a toy fair, where a mysterious lighthouse propels them into a world of Playmobil characters. Charlie, in the form of a Viking warrior, is kidnapped by Emperor Maximus, so he can take place in a gladiatorial battle with the beast. Meanwhile, Maria, also a Playmobil figure, has to find him and with a collection of ragtag characters helping her, she has to find him and return to the real world.

What made The Lego Movies so popular and more than just a corporate money machine was its inventiveness and surreal sense of fun. This lacks and any real originality and with it, any wit, charm or, for that matter, jokes. It’s a straightforward search of a missing Viking. Throw in some crazy characters, and hopefully, it will amuse the younger audience this is aimed at.

It starts off with promise. Maria, a young girl dreaming of going around the world before growing up, spends time playing with her young brother, Charlie until tragedy enters their world. Four years on, Maria’s dreams are crushed, and the relationship between siblings is strained. So much so, that Charlie runs away and in the cinema’s biggest contrivance ever, finds himself in a desert toy fair surrounded by Playmobil figurines and buildings. The same worlds that he and his sister created.

From this point on, transported into a Playmobil world. The pair meet a variety of unmemorable characters who are there to help but only seem to hinder. There’s Del, a van driving wheeler-dealer who has bails of magic hay. Maximus is an egomaniac Roman emperor (al la Gladiator) and Red Dasher, British secret agent and about the best thing in the film.

The rest of the film is a mix of pointless pop songs, jokes that don’t even make you smirk, and characters that you will probably forget once you’ve hit the foyer. The voices belong to a collection of pop stars and celebrities who should know better. The excellent Anya Taylor-Joy, as Maria, tries to bring some sympathy to her character, but that is soon forgotten about once she becomes a voice. Adam Lambert, as Maximus is given a song that hardly works for his talents. Only Daniel Radcliffe as Rex brings some life to his character and you long for more of him.

Near the end of the film, Maria turns to Charlie and says there could be more adventures. After sitting through this lame duck of an animation, I hope and pray that there isn’t. This is a cynical, cash cow that surely cannot bring any joy to anyone unless you like bright colours and a series of forgettable moments thrown at you at a break-neck pace. The word “fun” is branded around throughout this film. I certainly didn’t have any fun.