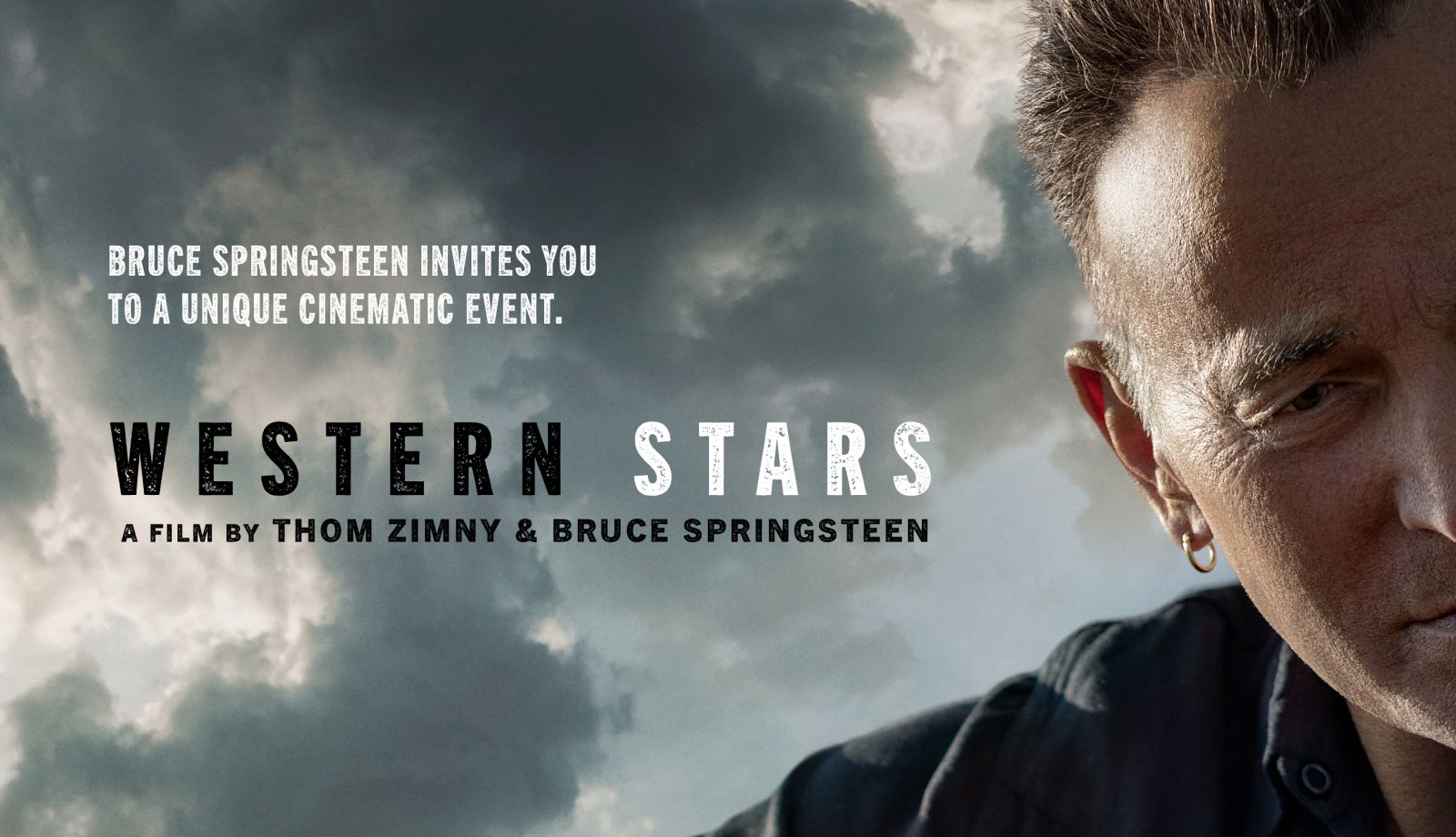 It is rumoured that Bruce Springsteen, on seeing the film that used his songs, Blinded By The Light, that The Boss decided to direct his own film. Alongside longtime director Thom Zimmy, we get a concert movie with a difference.

Using Springsteen’s latest album, Western Stars, and filmed in his barn (a barn like no other). Along with a full orchestra, Bruce delivers the magic interspersed with musings about how he created each song and the various characters that come to mind with writing.

The film is one for the fans and anyone who has heard and enjoyed his latest creation. The musing, with Bruce driving in a pick-up, or riding a horse, or drinking at a bar, can sometimes be a little repetitive and somewhat pretentious. Yet the music is the star and this particular album is a cracker, with a decent mix of rock, country and ballads. The film becomes more interesting when Bruce is developing characters to fit the songs. An aging movie star who was shot by John Wayne and the stuntman long past his sell-by date. All these shots are beautifully framed and shot, while the concert footage manages to capture the intimacy of the event, as a select few were allowed to watch the show. All of this makes for a pleasant evening’s entertainment. Fans will love it.