There is a current trend in entertainment, where people pay to be locked in rooms for them to hunt for clues that will eventually free them. It seemed inevitable the popularity of these immersive games would lead to a movie, and so we now have Escape Room, a thriller that takes the premise and, with effects and budget, takes the viewer on a more elaborate journey than what you get from the real thing. Think Saw but without the gore.

Six complete strangers are invited to take part in an exclusive Escape Room, so unique that the winner will walk away with $10,000. We get a mix of people from a science student to a businessman to a truck driver to an obsessive for these games. What they don’t realise is that they all do have something in common and these are not ordinary Escape Rooms but make the wrong decision, and you die.

Publicised as a new high-concept horror, this is one of those films that you really don’t expect too much from but as the story moves on, you find yourself more and more drawn into the events. We get a brief introduction to a couple of the characters receiving their invitations, a black box that seems impossible to open but with some patience, they are delivered the information required for them to be enticed to go. 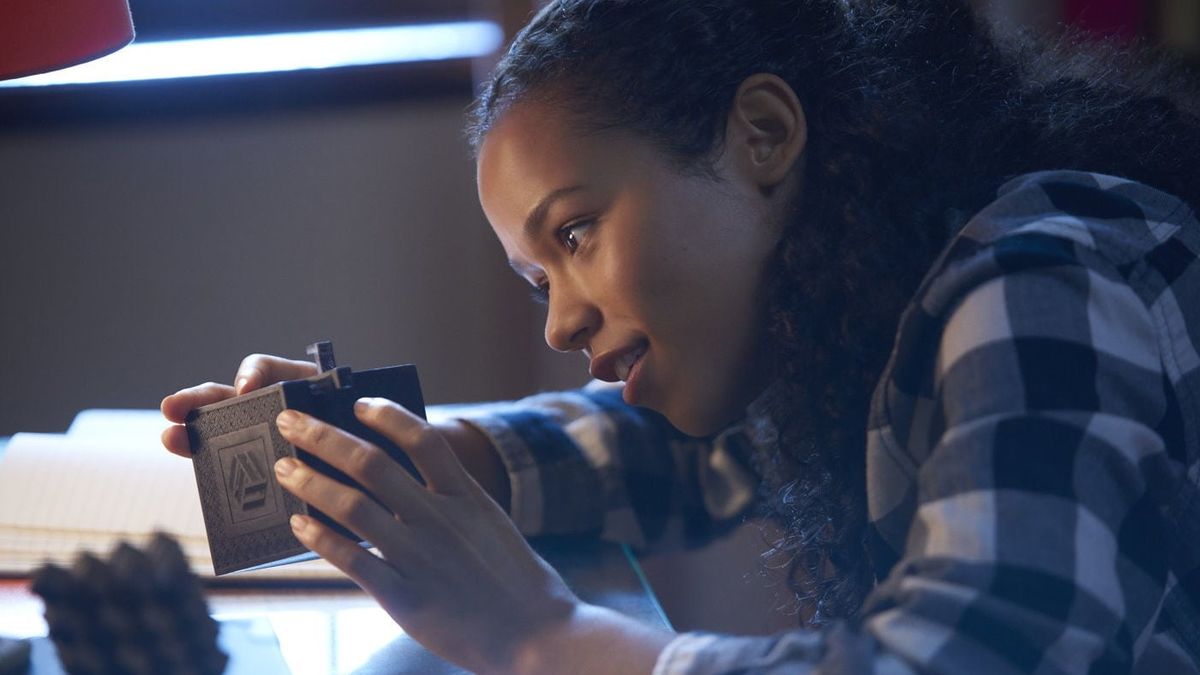 Once inside the waiting room and the six protagonists are there, the game literally begins, with the reception being the first of many places they have to escape to survive. It soon becomes apparent that this is not a friendly game but one that will take your life and that these seemingly unconnected strangers must trust each other to move onto the next stage.

Director Adam Robitel, who made the instantly forgettable Insidious: The Last Key, has created a much more exciting film here and instead of delivering splatterings of gore. The characters, while paper-thin, are not your usual array of horror cliches and he does throw in some moments of genuine tension that had, even my anxiety levels rise. One particular sequence, set in an upside-down pool room where the ceiling is the floor which starts to disappear section by section, is incredibly gripping.

The performances, from a mainly unknown cast, including Daredevil and True Blood star Deborah Ann Woll, are all perfectly fine and give the right level of panic and fear for them all to be believable throughout.

If you want something with jump scares or buckets of blood, this might not be the film for you and while it is never half as intelligent as Cube or intriguing as the original Saw, Escape Room is a fun thrill ride that is far better than it has any right to be. The only quibble is the extended ending which tells us that this could be the start of another franchise. A pleasant surprise.