Before I start, I have never been a fan of Andrew Lloyd Webber musicals, so going in to see Cats the movie wasn’t my idea of a good time. Having said that, I have gone into films with little expectations and come out pleasantly surprised. Although the critical mauling that this has received it didn’t look like this was going to change my mind about the Lord’s musical. Well, I can categorically say that this is, without doubt, the worst film I have sat through in 2019. And the reason isn’t Lloyd Webber’s songs. It is a terrible, ill-judged piece of tripe that is an all-time low for each and everyone involved.

Dumped in the streets, Victoria finds herself caught up in a world of Jellicle cats all preparing for one of their own to ascend to the Heaviside Layer and to come back to a new life. She is introduced to a collection of cats all longing for the top cat, Old Deuteronomy, to choose them. Evil Macavity wants to be the chosen one and will do everything in his power to get that position.

Let’s start with a positive. The set designs are spectacular. Creating a world of a deserted old-world London, with Piccadilly Circus and Trafalgar Square, the streets of Soho and a worn-out theatre. You can see the attention to detail as they try to capture a magical world while at the same time, making us almost believe it’s a feline world. The singing and energy from the cast are also on point as is the dancing. Everyone is throwing their heart and soul into the production. And that’s where the positives sadly stop.

Tom Hooper, who directed the big-screen version of Les Miserables, failed to make that classic stage musical come to life. Here he seems to think that moving the camera all over the place while editing the life out of the finished product a music it will make. No! The dance routines are almost impossible to appreciate as the camera zooms around with cuts missing all the steps. This is most noticeable during a tap dance routine where you are supposed to be concentrating on the feet but for very fleeting moments.

As I said, the sets look terrific, but the proportions between them and the cast are often wildly all over the place. One moment the cats seem tiny compared to a railroad track, next they are huge compared to a stage. This, however, isn’t the main problem. Where the film also becomes frightening are making humans look like cats with CGI. Where the stage version used costumes and make-up, here, Hooper has decided to impose the images of cats onto the actors. They have the fur, the ears, even the tails but these all look freakishly strange, especially when they have hands and the faces look like they have been superimposed on a cat.

Once you have recovered from the horror of these creations, you start looking at them deeper and find the story isn’t gripping enough to stop you from looking at the genital areas, which seem, especially for the males, like what they did to action man. If Hooper wanted us to believe we are watching cats singing and dancing, where is the hole when the tail raises?

Along with that, this has no heart, no soul. You care very little for the characters, who come on screen, have an introduction song and then we move onto the next. Even the song, Memory, which is supposed to be the showstopper and emotional heart, fails to raise a sniffle, although you do feel that someone should give Jennifer Hudson a tissue to help control the consistent runny nose.

The cast should have sold the whole thing to us, but even with National treasures Judi Dench and Ian McKellen cannot excite us; instead, you worry for their wellbeing for agreeing to appear in this. Newcomer Francesca Hayward, a principal dancer for the Royal Ballet, does her best but we only see flashes of her genius. The image of Rebel Wilson, with legs spread, scratching herself will haunt me forever! 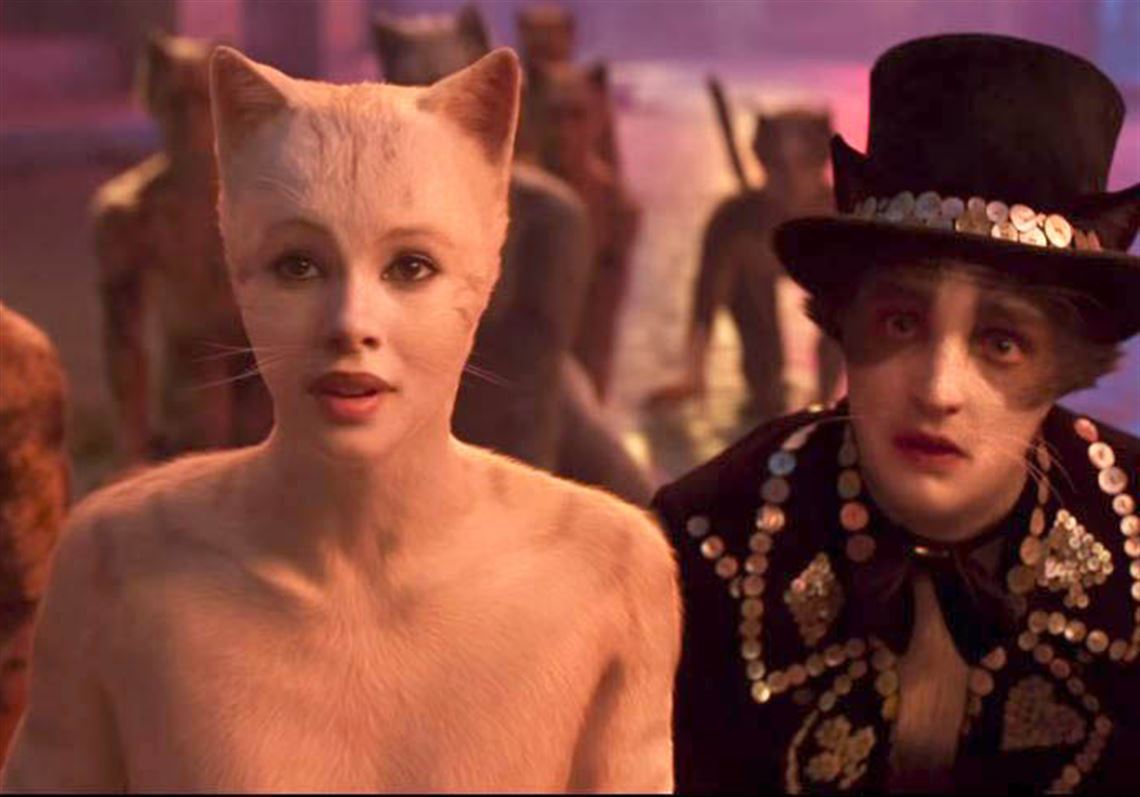 Cats is a disaster. The original intention for a film version was an animated feature, which would have probably served Lloyd Webber’s show much better. Instead, this is a horrible, boring mess that ruins the reputation of everyone involved. It may find an audience in the cult cinema world but not for any good reason. It should reside forever in the bottom of a litter tray.