Today the students of the this fair island receive their A level results and already controversy is in the making. Just another day of screw ups that this country has had to deal with since lockdown. Should be used to it by now.

Anyway, whatever your results, I wish you the best of luck. Why not celebrate by watching a movie or two, especially as thunder is rolling in. 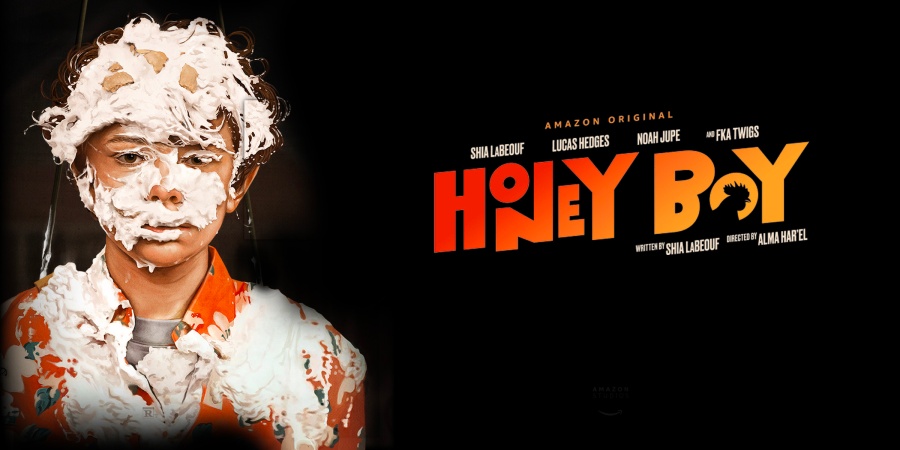 A young actor’s stormy childhood and early adult years as he struggles to reconcile with his father and deal with his mental health. A powerful drama written by Shia LeBeouf. Strong language, drug misuse, child abuse theme. 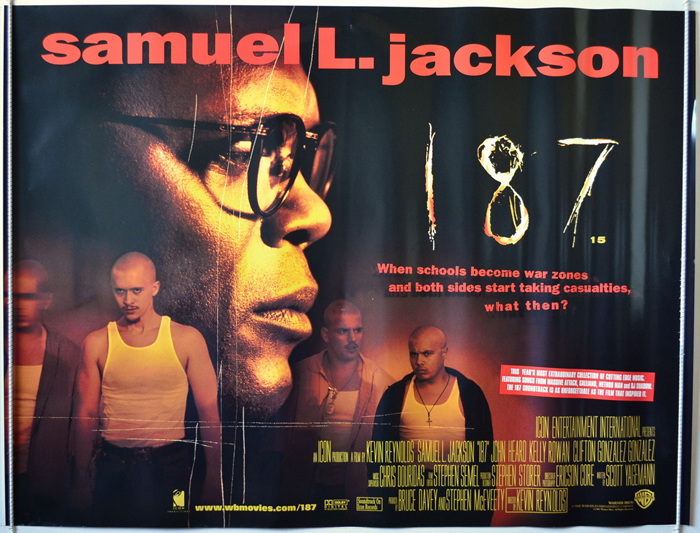 15 months after being stabbed 9 times by a student at work as a high school teacher in NYC, Mr. Garfield is working in LA as a substitute teacher come full-time. He refuses to be a victim anymore. Tough school drama from the director of Waterworld. Violence, strong language, drug use and brief nudity.

THE CAT RETURNS (U)

After helping a cat, a seventeen-year-old girl finds herself involuntarily engaged to a cat Prince in a magical world where her only hope of freedom lies with a dapper cat statuette come to life. More magic from Studio Ghibli. Mild threat.

Small-town lawyer Sam Bowden’s life becomes torturous when Max Cady re-enters his life. Cady went to jail for 8 years after Bowden testified that Cady attacked a young woman. Now that Cady has been released, he begins to terrorize Bowden and his family, particularly targeting Bowden’s daughter, Nancy. Brilliant thriller that was remade by Martin Scorsese. Strong threat and violence. Black and white.

A shady police detective finds himself in the middle of a murder conspiracy at an important boxing match in an Atlantic City casino. Tense thriller from Brian De Palma, the director of Carrie. Strong violence and infrequent strong language. 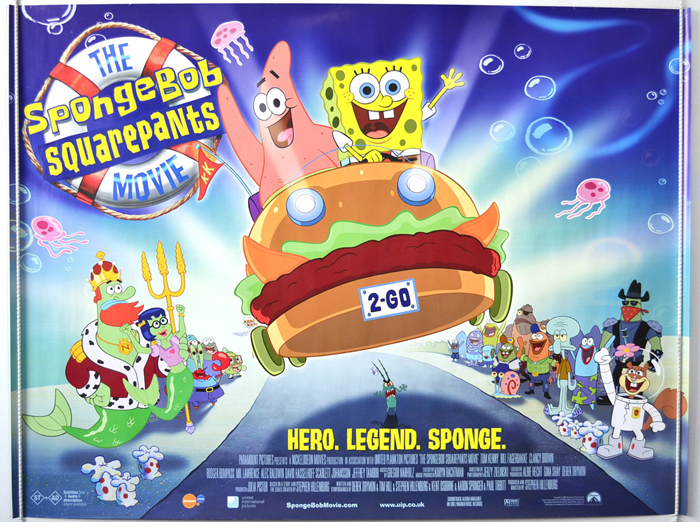 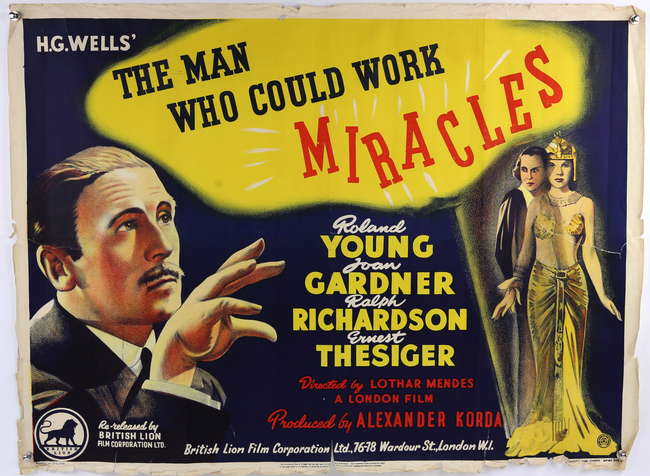 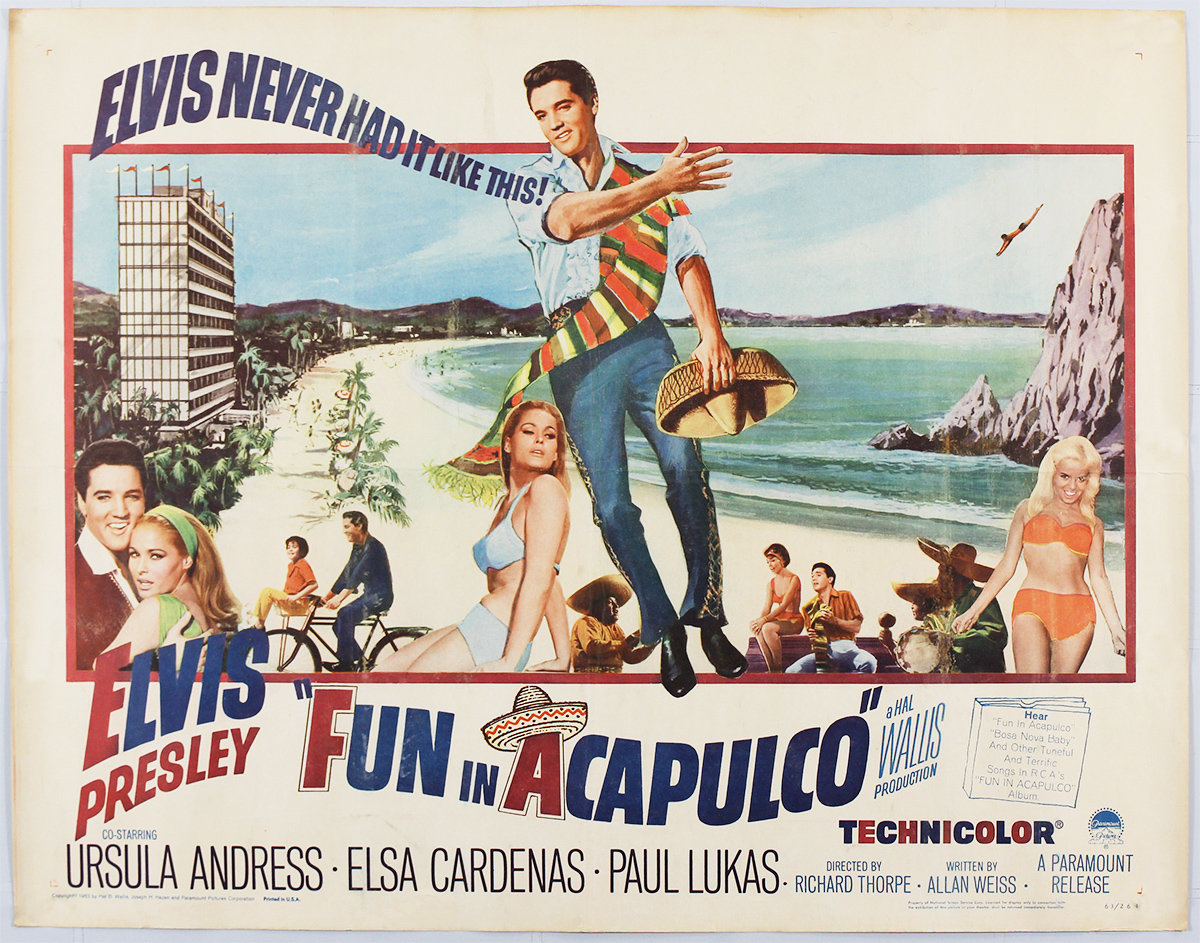 FUN IN ACAPULCO (U)

A yacht owner’s spoiled daughter gets Mike fired, but a boy helps him get a job as singer at Acapulco Hilton etc. He upsets the lifeguard by taking his girl and 3 daily work hours. Mike’s also seeing a woman bullfighter. Standard energetic Elvis musical. 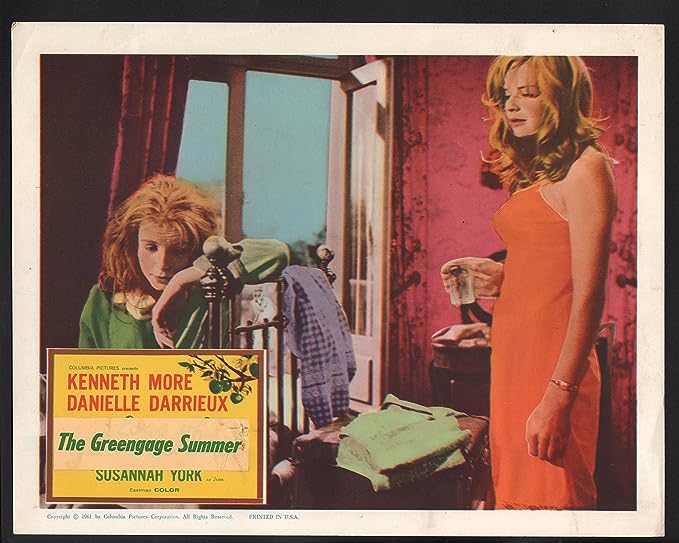 THE GREENGAGE SUMMER (PG) (AKA: LOSS OF INNOCENCE)

Sensitive story of a British girl’s awakening from childhood into life and love on vacation in France. A beautiful forgotten gem. Mild sexual threat. 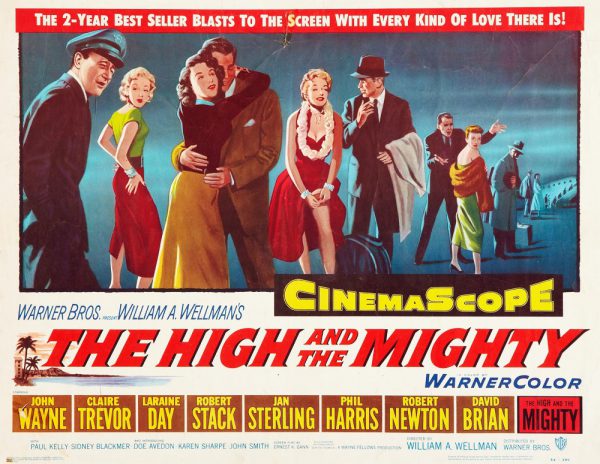 THE HIGH AND THE MIGHTY (U)

When a commercial airliner develops engine problems on a trans-Pacific flight and the pilot loses his nerve, it is up to the washed-up co-pilot Dan Roman to bring the plane in safely. Exciting John Wayne drama. Threat of plane disaster. The story of the controversial Brian Clough’s 44-day reign as the coach of the English football club Leeds United. Another great performance from Michael Sheen. Strong language. 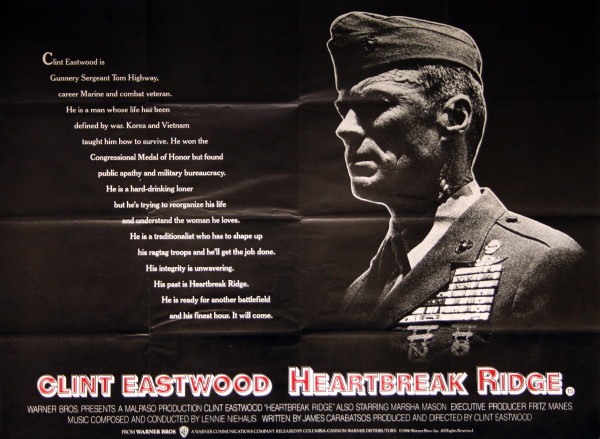 Hard-nosed, hard-living Marine Gunnery Sergeant Tom Highway (Clint Eastwood) clashes with his superiors and his ex-wife as he takes command of a spoiled recon platoon with a bad attitude. Entertaining drama starring and directed by Clint Eastwood. Very strong language and violence. 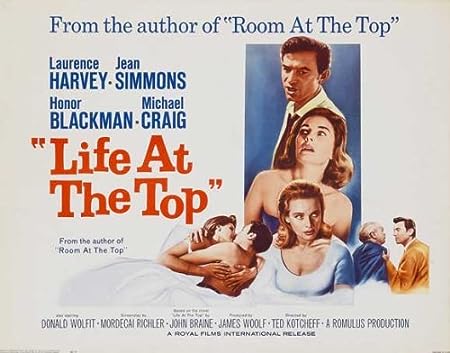 Joe Lampton thought he had really made it by marrying the boss’s daughter in his northern mill town. But he finds he is being sidelined at work and his private life manipulated by his father-in-law. Sequel to the British drama, Man At The Top. Moderate language, violence and sex references. Black and white.

Several months after witnessing a murder, residents of Tower Block 31 find themselves being picked off by a sniper, pitting those lucky enough to be alive into a battle for survival. Tense low-budget thriller. Strong bloody violence and very strong language. 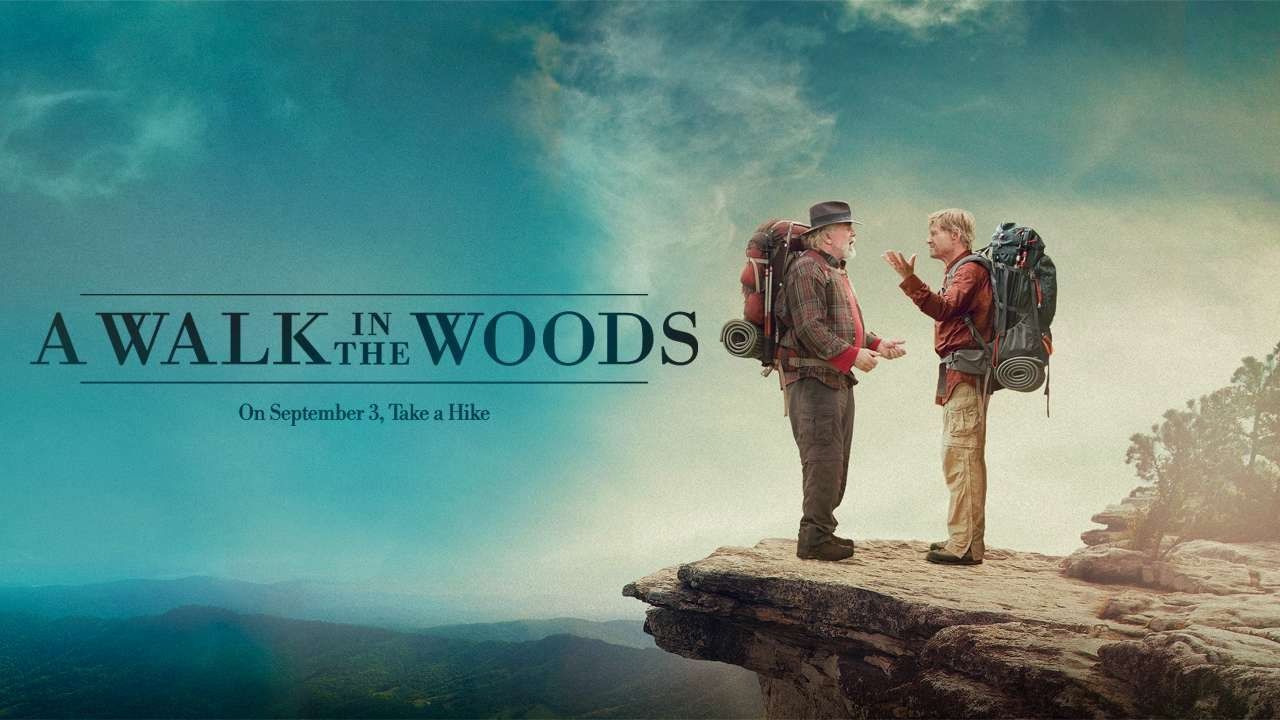 After spending two decades in England, Bill Bryson (Robert Redford) returns to the U.S., where he decides the best way to connect with his homeland is to hike the Appalachian Trail with one of his oldest friends, Stephen Katz (Nick Nolte). Gentle comedy with two great leads. Strong language, sex references. 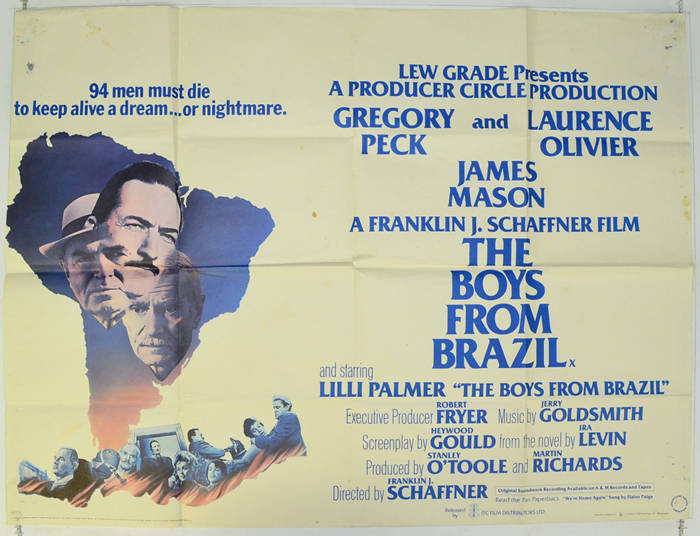 A Nazi hunter in Paraguay discovers a sinister and bizarre plot to rekindle the Third Reich. Fascinating thriller with a great cast. Very strong violence, language and sexual content. A career jewel thief finds himself at tense odds with his longtime partner, a crime boss who sends his nephew to keep watch. Cracking crime thriller from writer/director David Mamet. Strong language and some violence. 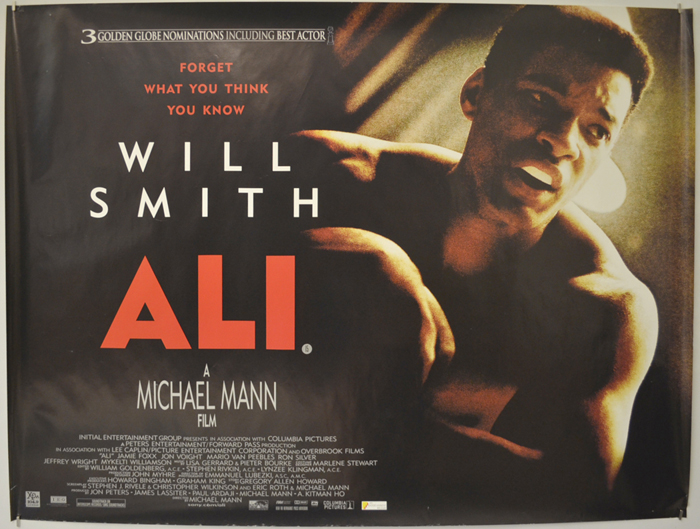 A biography of sports legend Muhammad Ali, focusing on his triumphs and controversies between 1964 and 1974. Terrific biopic with a great performance from Will Smith. Strong language and moderate violence.

A film about compromises and the implications of the parent’s role. Romanian drama from the director of 4 Months, 3 Weeks and 2 Days. Very strong language, sexual violence references. Subtitled.